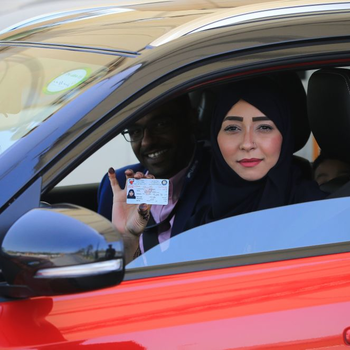 Ahead of the G20 World Leaders Summit, virtually hosted by Saudi Arabia at the end of this week, the Renew Europe Group in the European Parliament calls on Saudi authorities to unconditionally release the women’s rights activists and other detained human rights defenders and urges European leaders to denounce their situation during the summit. For more than two years, women’s rights activists who had campaigned against the driving ban are detained and some of them even tortured in Saudi prisons.

“In view of the G20 Leaders Summit hosted by Saudi Arabia, I am calling on our European leaders participating in the summit to pull their weight and use the summit as a means to give the Saudi women's rights defenders a voice at the table of power by denouncing the women's rights situation in Saudi Arabia. The EU cannot turn a blind eye to the murder of Saudi dissident journalist Jamal Khashoggi and the many female activists who are still imprisoned simply for defending the rights of women.”

“We cannot get back to business as usual, thereby legitimising impunity for these human rights violations and arbitrary detentions. Let us not give the Saudi leaders the international credibility they use as weapon against their own population. Let us instead give the strong signal that the reforms of the Saudis mean nothing if those who called for them are still behind bars and demand the unconditional release of Loujain Al-Hathloul and other brave women of the Women To Drive Movement.”

“The fact that Saudi Arabia is hosting different international events, such as the G20 Summit, cannot and should not take the international community's attention away from the fact that some of the women who campaigned for positive changes in the society, are still behind bars.”