Polish women must be granted autonomy over their own bodies 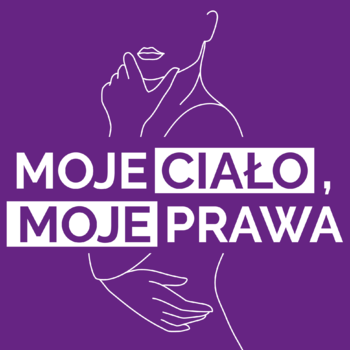 This autumn, the Polish Constitutional Tribunal adopted a ruling that makes abortion on the grounds of severe foetal impairment unconstitutional, and with this, abortions will be almost entirely banned in the country. Renew Europe has actively protested against this unprecedented attack on women's rights and declared its solidarity with the women of Poland.

Following this grave development, the European Parliament today debated a resolution co-negotiated by Renew Europe, which concentrates on the lack of access to legal abortions and collectively calls for action to secure sexual and reproductive health and rights (SRHR) for Polish women. The resolution, due to be adopted tomorrow, condemns the Constitutional Tribunal's ruling and recalls that universal access to healthcare, including SRHR, is a fundamental human right and that the denial of it is a form of gender-based violence.

Additionally, it urges Poland to refrain from further attempts to limit access to SRHR and stresses that Poland must reinforce legislation to promote women's rights.

Firmly and loudly, Renew Europe restates its position - Ensuring women's rights, including their reproductive rights, is essential to uphold fundamental rights and EU values. We will raise our voices until every woman in the EU has autonomy over her own body.

MEP Samira Rafaela, Renew Europe’s Coordinator in the Committee of Gender Equality and co-shadow of the resolution, reacts:

”The Polish court ruling to ban abortion is unacceptable and it puts Polish women’s lives in danger. Polish women are now forced to go to neighbouring countries to have a safe and legal abortion. And the women who can’t afford to go to another country are forced to face worse. What I see, is a big step back. Back in time, back in progress. Women’s rights are human rights and it is only a woman who can decide what she does with her body.

Renew Europe is clear. This cannot continue. Therefore we are very much welcoming the resolution and debate on the situation in Poland and abortion. We call upon the Council to proceed with the formal hearing on the state of play in Poland scheduled for 10-11 December 2020. We should not back down from undertaking further actions against the current Polish government, because they just don’t respect the rule of law and fundamental rights of their citizens.”

”First step for equality is for women to have the right to decide over our own bodies. The right to abortion should not be a political battle. But the Polish government has made it an ideological battleground. The ideology of the Polish government removes rights from people. Creating LGBTI-free zones. That is an ideology. Removing from women her rights over her own body. That is an ideology. No matter the ideology of the Polish Government; remember banning abortions, does not stop them. It only pushes women to have clandestine, unsafe, and even life-threatening abortion. Renew Europe believes it is essential that the European Parliament support the human rights of Polish women including full access to health.”