Violence against women has no place in the EU 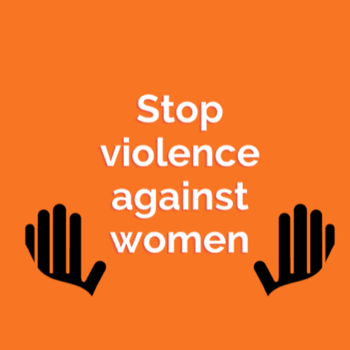 One in three women have been victims of physical or sexual violence, and since the outbreak of Covid-19, figures show that the scale of violence has even further intensified and for many women and girls not even their home is a safe place. The truth is that the pandemic has shined a light on how unprepared we are to protect our women and girls from violence. According to the WHO, emergency services across Europe have recorded an increase of up to 60% in calls from women victims of domestic violence during confinement. And yet, we fear that these numbers are only the tip of the iceberg as the stigma silence many from reporting.

Let us be clear; violence against women has no place in the EU. Change is possible, but it requires real commitment - and Renew Europe is willing to take the lead. That is why we demand coordinated action on the EU level to combat violence against women. As a part of this, we recently launched an action plan with concrete proposals to combat violence against women during the Covid-19 crisis and the recovery that lies ahead. We have also repeatedly called for the six remaining Member States to swiftly ratify the Istanbul Convention, a legally binding instrument to prevent gender-based violence. We simply cannot accept that some Member States do not sign up to guarantee every woman her fundamental human rights.

“Today is the day to highlight our battle against gender-based violence. We must recognize that women and girls are disproportionately affected by violence. We also need to take a close look at the women and girls who experience multiple forms of discrimination on top of gender biased violence, and develop intersecting measures to counter this. Ending violence against women and girls must include all women and their differing realities. That intersecting approach must become a priority across our institutions. Our leadership must demonstrate a strong will to end violence against women everywhere.”

MEP María Soraya Rodriguez Ramos, Member of the Committee on Gender Equality and Shadow Rapporteur on the parliamentary report on EU accession to Istanbul Convention, adds:

“The pandemic is a turning point for our economies, our societies and our systems. As we have witnessed in the past, crises have been a pretext for questioning women's rights. In the last months, violence against women has dramatically increased.

We have to reaffirm our commitment to the EU’s accession to the Istanbul Convention.