High time for a Council Configuration on Gender Equality 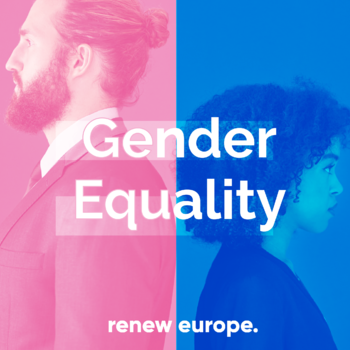 Earlier this year, Renew Europe announced its aim of building a ‘Simone Veil-Pact’ – a political commitment by Member States to adopt the most progressive national measures currently in force in the field of women’s rights and gender equality in the EU. As a part of this, our group has called on the Council to establish a Council Configuration on Gender Equality, and as a result, the European Parliament is tomorrow due to adopt a resolution urging for this.

Currently, the Council has dedicated configurations for a wide range of policy issues, but not as yet gender equality. By introducing a dedicated Council Configuration on Gender Equality, we would place gender equality issues at the heart of the EU. This will allow Ministers and Secretaries of State in charge of Gender Equality to regularly meet, legislate, collaborate and share best practices, and will strengthen gender mainstreaming in Union legislation as well the cooperation between Member States. Further, it would represent a pivotal element to unblock the negotiations on the main files related to gender equality, namely the ratification of the Istanbul Convention, the Council Directive on implementing the Anti-Discrimination Directive and the Women on Boards Directive.

As an initiator of the resolution, Renew Europe is happy about the expected broad support in plenary.

”Today, the EU has strong challenges to face in the field of gender equality: eradicating all forms of gender-based violence, closing the gender pay gap, improving women’s access to the labour market, increasing women’s representation in politics and ensuring respect for and universal access to Sexual and Reproductive Health and Rights. Nevertheless, ministers in charge of gender equality meet very rarely, in an informal way or in the framework of other Council configurations. Today, it is essential to create a dedicated, permanent and institutional forum to allow regular exchange and give strong impetus to European legislation in the field of gender equality.” A vital step has been taken to end the unjustified gender pay gap today. The European Parliament's…
Read more After a decade-long wait, EU Member States today adopted their position on the so-called 'Women on…
Read more