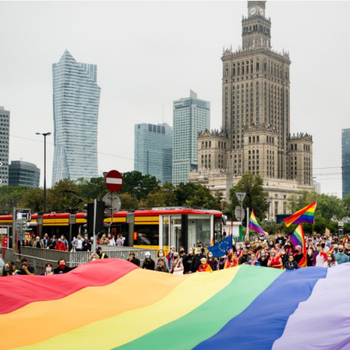 Two years ago, in March 2019, the first homophobic and transphobic declaration in Poland was adopted in the town of Świdnik, stating the city to be an LGBT free zone. Since then, around a hundred Polish local and regional authorities have passed similar resolutions.

Leaders of the European Parliament’s groups will meet tomorrow to decide if the resolution is be added to the plenary agenda. As initiators of the resolution, we encourage the other political groups in the European Parliament to join forces and support our campaign! We want to send a strong message - there is no room for discrimination against LGBTI persons in our union, and there shall be no more ‘LGBTI free zones’!

“By declaring the EU an LGBTI-freedom zone, we want to show that EU values are not optional, and to assure LGBTI people around Europe that the European Parliament will do whatever it takes to make sure they have the freedom to live their sexual orientation and their identity without fear of discrimination or persecution.”

“Various Polish authorities intimidate and discriminate LGBTI people, invoking so-called traditional Christian values. Last time I checked, “Love thy neighbour” did not have a footnote excluding LGBTI people however. Love is love. High time to stop the hateful discourse and declare the EU the largest LGBTI Freedom Zone instead!”