EU - UK relations: European Commission must be ready to defend the interests of Europeans 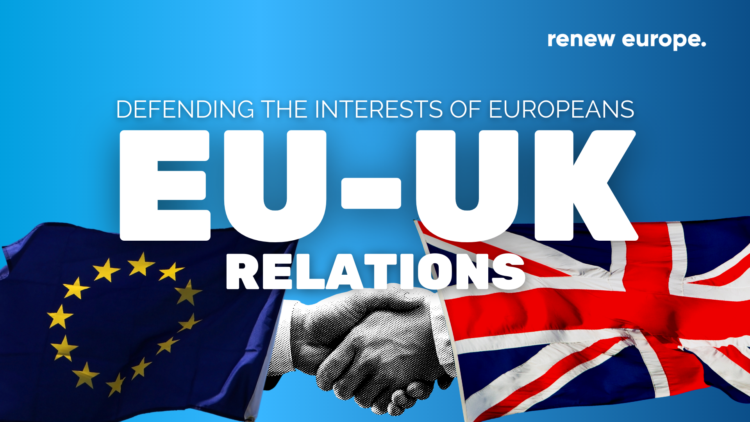 The Renew Europe Group in the European Parliament expresses deep concern after Lord Frost’s comments made yesterday regarding the implementation of the Withdrawal Agreement and the Protocol on Ireland/Northern Ireland, negotiated, signed and ratified between the EU and the UK.

"We note with concern that David Frost is reacting negatively even before the EU outlines its proposals designed at improving the implementation of the Protocol on Ireland and Northern Ireland. What sort of attitude is this ? Is this problem solving or troublemaking? EU continues to demonstrate pragmatism and flexibility, only to be met with public expression of bad faith and hard ideology".

Renew Europe is convinced the Protocol on Ireland/Northern Ireland is the only solution to the kind of Brexit chosen by Boris Johnson. Whilst going the extra mile with innovative approaches, the European Commission must also robustly defend the interests of European consumers and businesses;

"Mr Šefčovič’s proposals cannot be the start of a renegotiation of the essence of the Protocol we jointly agreed. The European Commission is right to be pragmatic, but if it is met only with dogmatism, it must also be ready to firmly defend the European interest. The people of Poland march to defend EU law, as they know it protects them; the role of the ECJ in the Withdrawal Agreement is not up for negotiation", concluded Nathalie Loiseau.

"The ECJ underpins the EU single market, which is the basis of our prosperity. The EU continues to show remarkable flexibility in the implementation of the Protocol, in the interest of all people in Northern Ireland, but we are clear; there can be no renegotiation of the Protocol that we jointly negotiated recently".