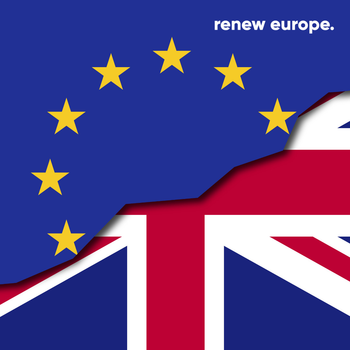 Ahead of Lord Frost’s visit to Brussels, Renew Europe welcomes the European Commission’s new package of proposals, aimed at resolving issues surrounding the implementation of the Protocol on Ireland/Northern Ireland.

We call on the UK Government to engage with the EU’s proposals positively, as they have committed to do so, in order to safeguard peace and prosperity on the island of Ireland. However, they should also be aware that the EU has its own clear red lines. There can be no renegotiation of the Protocol, whose purpose is to protect the Good Friday Agreement. The role of the ECJ is not up for discussion and EU consumers and businesses must be protected.

"The European Commission’s proposals show the EU has gone the extra mile to facilitate the implementation of the Protocol. Lord Frost should be under no illusions - a negotiation will not be held on the basis of the UK proposal to tear up the Protocol we negotiated and ratified together. The EU has its own, firm red lines; the integrity of the Single Market, security and safety for EU consumers and the role of the ECJ".

Barry Andrews MEP, who was recently nominated as one of Renew Europe's candidates to the foreseen EU-UK Parliamentary Assembly, said;

"This positive contribution from the Commission is very welcome, as it puts forward practical solutions to the problems people in Northern Ireland have been experiencing since the end of the Brexit transition period.

Lord Frost has committed to consider this package “fully, seriously and positively”. I sincerely hope these comments were genuine and that this will herald a new era of constructive engagement that puts the concerns of the people of Northern Ireland front and centre".