COP26 in Glasgow : Renew Europe welcomes progress, but warns it is not enough. 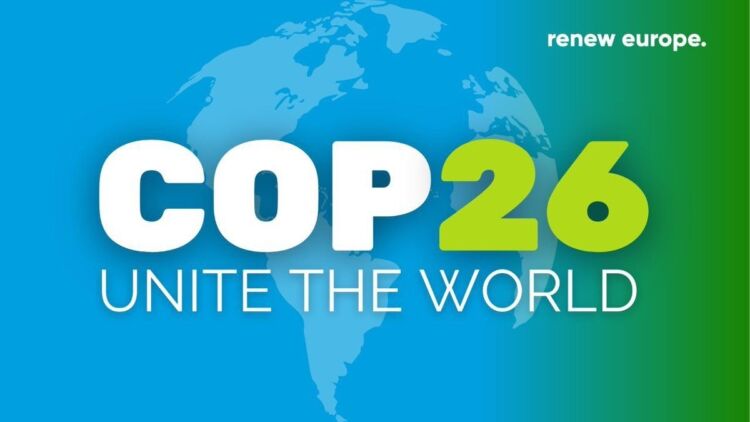 The outcome of COP 26 in Glasgow shows the world needs to tackle climate change together and that the big polluters need to show more ambition and decisiveness in the fight against climate change.

Some progress has been made but much more has to be done to avoid a climate catastrophe and to achieve climate neutrality by 2050. Renew Europe also deplores that China and India do not share the same ambitions on phasing out coal.

“With this final deal at COP26 We have some good steps forward on the 100 billion objectives for vulnerable countries and the fossil coalition to stop public financing for new fossil fuel projects abroad. But We must admit that we found the least common denominator. The priority now for all the biggest CO2 emitters is to share concrete and credible roadmaps towards net zero", says MEP Pascal Canfin, chair of the ENVI committee.

“The unwillingness of China and India to phase out coal, forces us to do – at least – two things: calculate what this could mean for the 1,5 degree goal and be very particular about the Carbon adjustment Mechanism. Countries unwilling to make the necessary transition have to understand that they took the wrong turn in Glasgow.” says MEP Nils Torvalds, ENVI coordinator.

The Glasgow agreements have sharpened the ambitions of the Paris climate agreement. The 197 participating countries recognize that limiting warming to 1.5 degrees is necessary to curb climate change and that therefore new CO2 reduction plans are required from 2022 onwards.

Therefore, Renew Europe urges the EU, which has already taken the lead in the fight against climate change, to continue its efforts to encourage the big emitters to follow the right path in order to achieve climate neutrality. We can only avoid a climate disaster if the entire world works together.