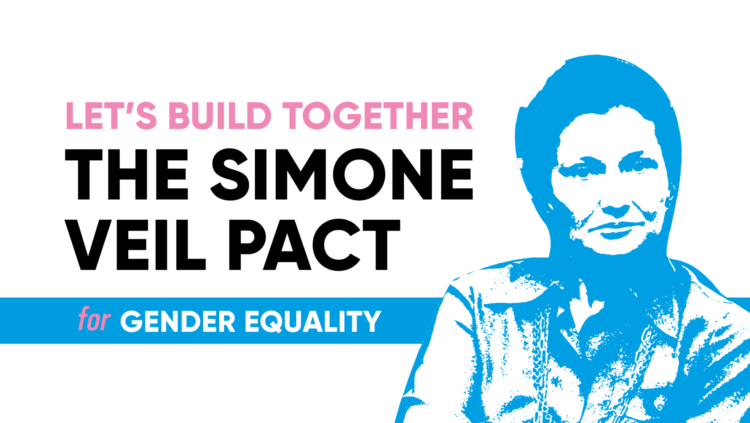 The Simone Veil Pact, representing a political commitment by Member States to adopt the most progressive measures in women's rights, aims to make a reality of equality between women and men as a fundamental right at the heart of the European project.

”Even though equality between women and men is a fundamental right enshrined in the European Treaties, it is far from a reality in many places in Europe. In today's declaration, our group calls for the need to preserve, promote and strengthen the rights of all European women at all levels under the support of the European institutions.”

Our group asks the three EU institutions to sign our declaration and support the principles of sexual and reproductive rights, combatting violence against women, enhancing political representation, and ensuring gender-equal family life and equality at work.

"Our fight for equal rights for women is far from over. There is a bitter conservative wind blowing through Europe, opposing anything that contributes to the advancement of women’s rights. The Simon Veil Pact is our commitment to all women and girls in Europe. We stand by you and we will continue our fight for equality.”