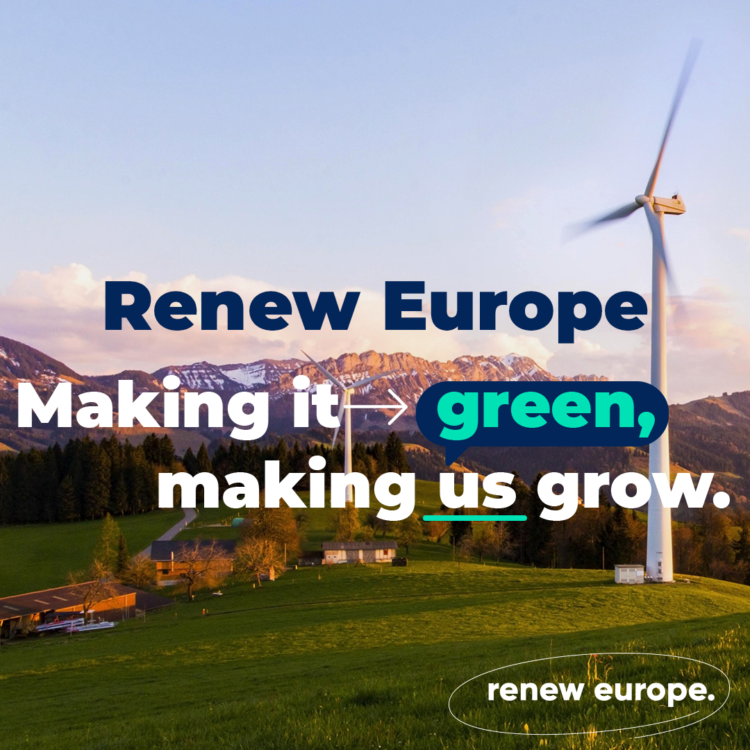 Renew Europe welcomes today's plenary vote on the Emissions Trading System (ETS) and Carbon Border Adjustment Mechanism (CBAM) reports. This legislation, which is the cornerstone of our European climate policy, will allow us to achieve EU's ambitious target to cut our greenhouse gas emissions by at least 55% by 2030 and to become a climate – neutral continent by 2050.

Renew Europe has been a driving force in the European Parliament for raised climate ambition. Robust climate action and an irreversible path set for CO2 – reduction will not only counteract global warming. It will also bring new growth opportunities and sustainable new jobs for our European economy. To achieve these targets and to put our climate ambitions in line with the Paris Agreement, an upgrade of the current Emission Trading System with a clear path to decarbonization while establishing economic incentives to reduce emissions and to boost innovation with scaled up means is needed to make it fit for the 1,5 °C target.

“I am very happy and proud that we carved out the perfect solution and have a majority now for the revised ETS, which to a great extent is the brain child of Renew Europe. This deal raises the level of ambition, making more polluters pay while also lowering the emissions. This is a powerful and necessary tool for the climate. Thanks to Renew Europe we have a deal now on the ETS. The politics our Group delivers makes a real difference for the climate.”

Ensuring that all polluters pay for their emissions, while supporting EU competiveness and jobs is a key objective for our group. Therefore, Renew Europe also strongly supports the swift implementation of a robust, well – functioning and WTO - compatible carbon border adjustment mechanism. Preventing the risk that businesses relocate their activities to less climate friendly countries outside the EU and making non-EU companies pay for the pollution caused by the products they sell in the EU, enables a level playing field for our businesses and stimulates green innovation and carbon pricing worldwide.

“It has been almost three years since we first spoke about the European Green Deal. Three years in which we witnessed the hottest summer, severe storms and devastating droughts. We have reached the highest level of carbon dioxide in the last 4 million years. For that, I am happy that the European Parliament has chosen to take important steps forward in our ambition to reduce CO2 emissions and achieve climate neutrality by 2050. I think that the CBAM is a strong instrument and an incentive to others for our goal to reduce pollution. After all, we know that, even if Europe achieves climate neutrality in 2050, we will not achieve the Paris Agreement target when countries outside the EU do not share the same ambition.”