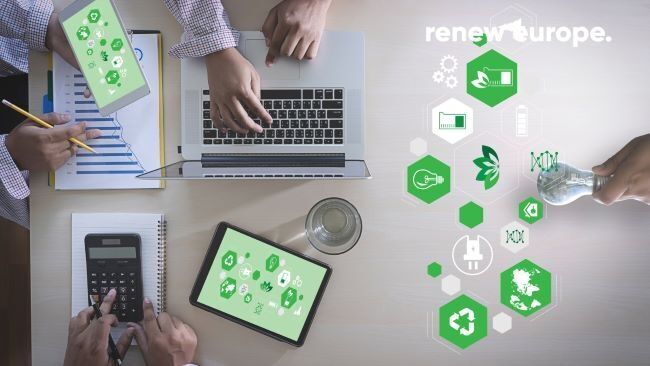 The Renew Europe Group in the European Parliament welcomes today´s Plenary endorsement of the report on establishing a Social Climate Fund, which aims to be the EU instrument ensuring that the green transition does not leave anyone behind. The fund will run for eight years from 2024 onwards to support the most vulnerable households, transport users and micro-enterprises who will be faced with higher energy and transport costs expected to result from the extension of the Emission Trading System (ETS) to two new sectors, namely that of commercial buildings and road transport.

The EU’s Green Deal acknowledged the need for a socially just transition that must be reflected in policies at Union and national level. In this regard, our Political Group advocated for an ambitious and efficient Fund targeted to those who need it most, avoiding a shift of funding from micro-enterprises and vulnerable citizens to an unlimited number of larger enterprises. This would have led to the available funds being dispersed too widely, diluting support for those who would suffer most from higher energy prices, and undermining the added value of the Fund. Likewise, our Group ensured that vulnerable citizens and the smallest businesses can directly benefit from the Fund before long-term investment pays off.

Also, Renew Europe negotiated hard to preserve the Union’s budgetary commitments while ensuring that the disbursement of the EU money is linked to robust policy frameworks at the national level, including the proper implementation of the new Emission Trading System. It also defended a pragmatic and inclusive approach as regards the management of the Fund, by including local and regional authorities in the preparation of the national plans.

"This Social Climate Fund is proof of our commitment and determination to stand by the most vulnerable in the transition to a climate neutral economy. There will be no climate transition without social justice. Europe is living up to its promise to leave no one behind".

"The key priority for Renew Europe is to respond to the needs of citizens. With the Social Climate Fund, we provide an answer to the impacts of the climate transition on the most vulnerable".