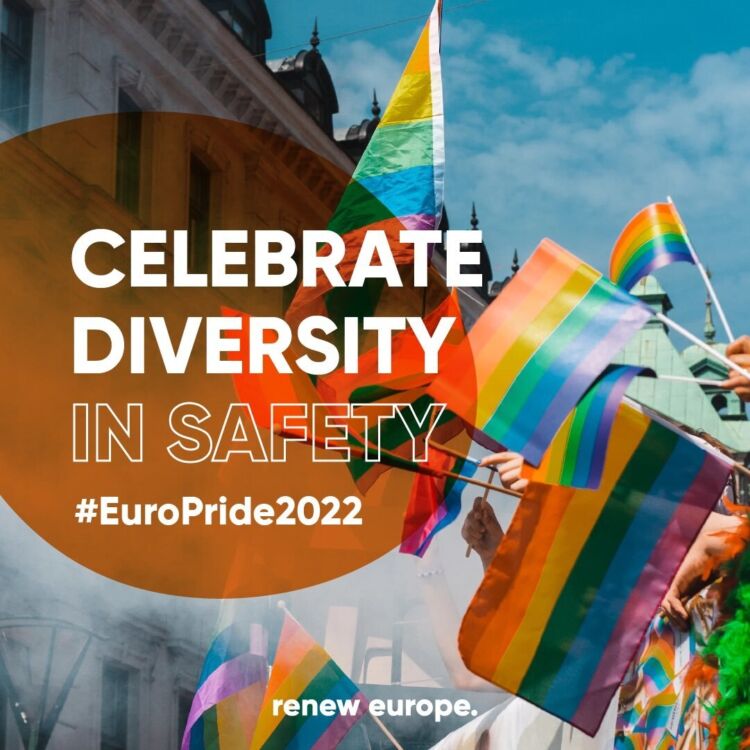 Ahead of Saturday’s EuroPride Parade in Belgrade, Renew Europe insists that in our continent, you must be able to live how you wish to live, love who you want to love and be who you want to be without fear of discrimination, hate or violence.

That is why it is with great disappointment we have witnessed Serbian authorities turning their back on LGBTIQ+ rights by trying to cancel - and de facto ban - Europride. Our political group stresses that in a democratic country, LGBTIQ+ people and activists must be able to count on the support of the government and the protection of the police when marching for their fundamental rights.

After massive international pressure and hard work of NGO:s, it seems like the Pride Parade finally has been given green light to take place. This shows why our presence is so important, and to strengthen our partners and show that EU countries are paying attention to the backsliding of basic democratic principles.

”We come to Belgrade to join the brave Pride activists and our liberal colleagues. We are all part of the same family and work to achieve the same goals not only in Stockholm, Copenhagen or Brussels but for all Europeans.

Serbia, especially as an EU candidate country, must step up to safeguard the rights of the LGBTQ+ community and enable for EuroPride to take place in a secure environment.

Too many people still live in fear in Europe just for being who they are, loving who they love. Not only in Serbia but in many other European countries as well. Just a few weeks ago, Malte, a transgender man, died after being brutally beaten at a Pride March in Germany. LGBTIQ+ people clearly need more rights and more protection. We cannot rest until we turn every city and village in Europe into a safe space for all of us, regardless of sexual orientation.”

”In a democracy, when minorities are under attack, such as today in Belgrade, with the authorities not wanting the pride parade to go ahead, and when activists are harassed on the streets, this is a sign of danger. Not only for the activists. But also for our democracy.

Minorities like the LGBTQI+ community are like canaries in the coal mine. In the old days, the miners brought a canary bird with them down in the mine. So when the canary bird stopped singing, the miners knew they had to save themselves. After the many revelations of some EU governments' abuse of spyware to surveil journalists,…
Read more

As the next European elections approach, Renew Europe strongly believes it is the right time to…
Read more

"State of the Union: EU must respond to the urgency of the energy crisis while securing long-term reform", says Renew Europe President, Stéphane Séjourné Today, the European Parliament and the European Council signed a Roadmap to mark an agreement that…
Read more