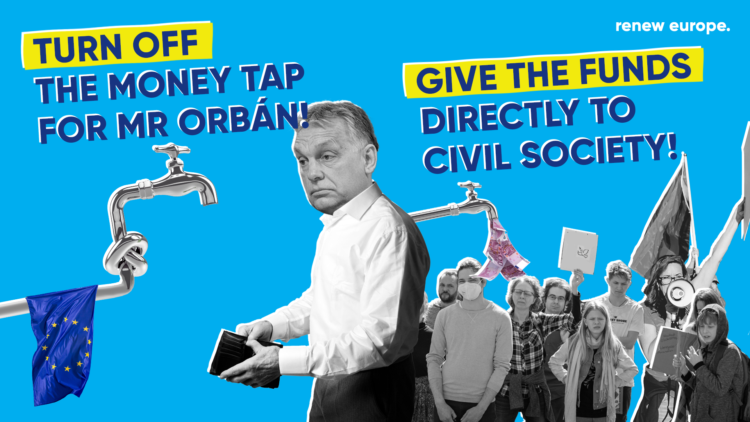 In a plenary debate in the European Parliament today, Renew Europe stressed that the Council should follow the European Commission's proposal to suspend EU funds for the Hungarian government for its severe deterioration of the Rule of Law.

The Council should even go a step further by amending the European Commission's proposal in order to reinforce the text. It should set clearer Rule of Law conditions, stronger checks on their effective implementation, and increasing the amount of funding to be freezed.

While Renew Europe welcomes the first-time-ever use of the Conditionality Mechanism linking EU subsidies to the respect of the Rule of Law, our MEPs emphasised that the European Commission and the Council must not let Orbán off the hook or be fooled by empty promises of change.

No funds should be unblocked before a verifiable restoration of the rule of law is demonstrated. A reconsideration to unfreeze any funds can only be made after the Hungarian government has implemented its promised reforms.

Meanwhile, Hungarian citizens must not be punished for the corrupt actions of Prime Minister Orbán. For this reason, Renew Europe wants to pass the suspended EU funds directly to civil society.

“Viktor Orbán has demolished democracy unimpeded for over a decade. He has used EU funds to cement his power. The European Commission must not disburse any further funds without meaningful verifiable reforms. Parliament has to do whatever it takes to make sure no payments will be made to this corrupt government.”

“The Commission and the Council must not be fobbed off by Orbán's quickly decided paper tigers. Orbán has lost the right to a leap of faith. There must be no more discount on the rule of law in Europe.”