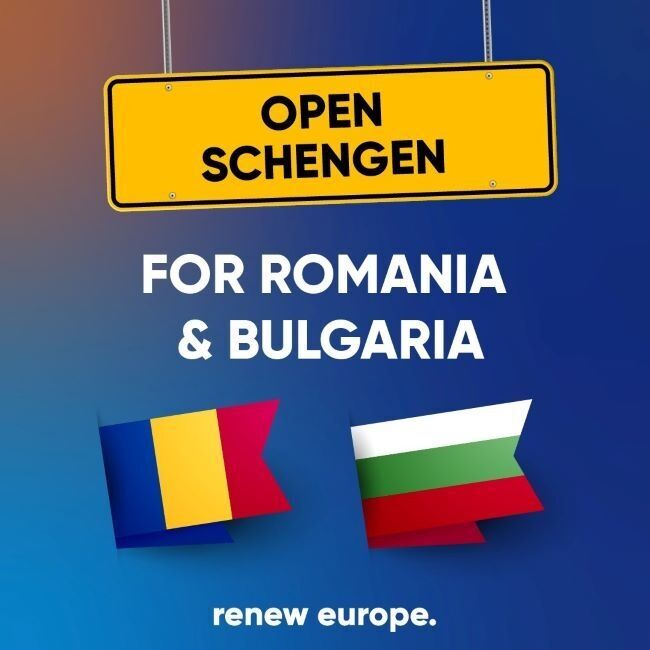 The Renew Europe Group in the European Parliament urges the Council to take all the necessary steps to adopt its decision on the accession of Romania and Bulgaria to Schengen area before the end of this year.

After over a decade of EU membership, despite meeting all the criteria and the repeated calls by both the Commission and the Parliament, Bulgarian and Romanian citizens still are not allowed to fully enjoy free movement within our union.

In a resolution today, approved by the plenary, the European Parliament reiterates its call to the Council not to further delay its decision concerning the accession to the Schengen area of the two countries.

“The governments that keep blocking Romania and Bulgaria, are moving the goalposts. It is unfair, it goes against our common European rules, and it is frankly undermining European solidarity.”