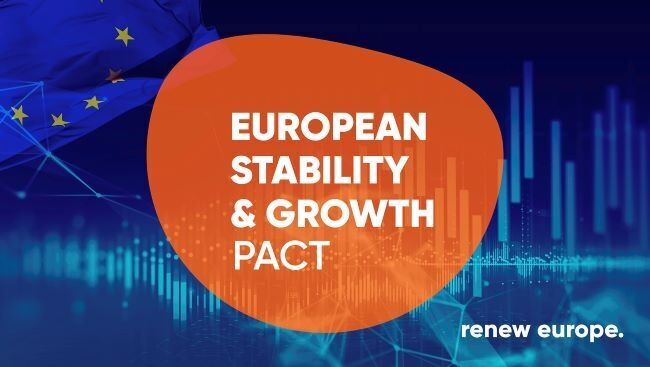 The Renew Europe Group in the European Parliament welcomes the European Commission’s communication on a proposal for a review of the Stability and Growth Pact, a set of rules, suspended since 2020 and to be reactivated in 2024, intended to ensure that EU countries pursue sound public finances and coordinate their fiscal policies.

The European response to the devastating economic and social consequences of the events of recent times, with the exceptional situation of the COVID19 pandemic and the subsequent unjustified Russian aggression in Ukraine, calls for a rethink of the European economic governance model. A model, which, by its design, has created dynamics that do not contribute to fiscal consolidation and that is based on public debt and deficits parameters that do not fit to the current exceptional challenges.

In this regard, our political group supports the Commission's proposal to set debt targets adapted to the economic situation of each European country in order to give greater flexibility to EU Member States. Such a modification would allow them to move forward on their fiscal consolidation path, strengthening surveillance and sanctions in case of non-compliance with fiscal rules.

Likewise, Renew Europe strongly advocates to use this flexibility responsibly and intelligently to make progress on investment and structural reforms in such strategic areas as energy, defence, technology, education and the labour market, as well as to accelerate the green and digital transitions. It will provide the EU with a better chance of growth and resilience in the wake of future economic shocks, while advancing the Union's open strategic autonomy.

“It's time to update our economic governance framework to allow Member States to design new relevant rules to ensure sustainability of their economic models and key investments while ensuring fiscal stability. This convergence will be key to ensure the achievement of our EU ambitious economic, social, sovereignty and climate goals”.