The COP27 UN Climate Conference reached an agreement to support the most vulnerable countries in tackling loss and damage caused by climate change but it failed to make the necessary progress to accelerate the green transition.

Our group welcomes the progress made on establishing a fund for the most vulnerable countries suffering irreversible damage from global warming. But despite this progress, Renew Europe regrets that there has been no real progress on further commitments to reduce greenhouse gas emissions or to phase out fossil fuels. What should have been a pivotal moment in the fight against climate change turns out to be a missed opportunity.

The Renew Europe group in the European Parliament stays committed to meet the Paris Agreements and urges the European institutions to relentlessly continue their efforts to convince other countries to take the vital fight against climate change seriously. The world is on an extremely tight timeline if we still want to avert the dangerous effects of climate change. Raised climate ambitions from all parties and bolstering efforts to cut dangerous greenhouse gas emissions are more pressing than ever.

“Despite the progress on climate financing, this COP did not deliver what it should have. Stepping up climate action and the phase out of fossil fuels are becoming even more urgent in the coming months and years, and we must do more to keep the goal of limiting global warming to 1,5 degrees within reach and to protect those who are most vulnerable to the inevitable effects of climate change.”

“The EU has brought hope and ambition to the global climate fight during COP27, yet we must be disappointed that fossil fuels are being kept alive for too long.”

“As expected the COP27 is disappointing. We know that many key elements are now taking place outside the UN framework. It would be far too simplistic to limit climate action to the COPs. It is time for states to respect their commitments and organize the green transformation of our economy. By acting on the financial, commercial and industrial rules of the game, Europe is helping to advance new international cooperation and to move the lines around the world and to invent a new climate multilateralism.” 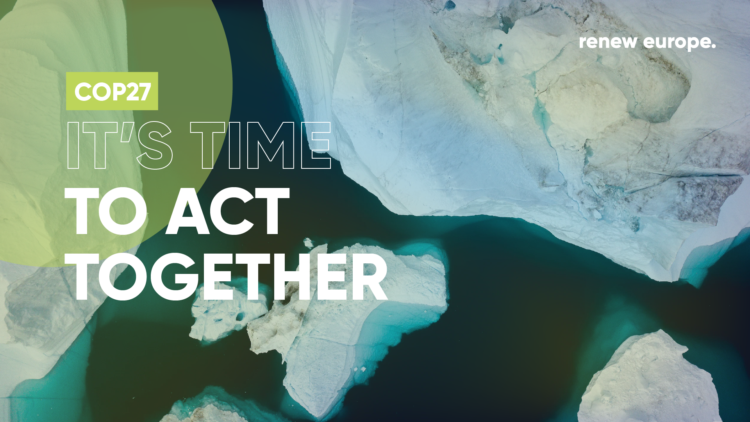