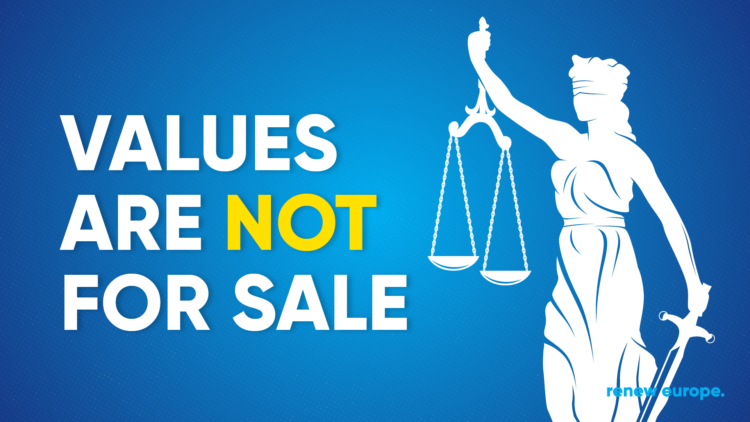 After the relentless pressure from Renew Europe, the European Commission today decided to temporarily block EU funds to Hungary under the new Rule of Law Conditionality Mechanism.

While welcoming the decision, Renew Europe will continue to keep up the pressure to ensure Orbán’s Government will not receive EU money, including the Recovery Fund, before a verifiable restoration of the rule of law in the country. Our group demands that the funds are transferred directly to beneficiaries via civil society and local governments upholding the rule of law.

We now call on the Council to do what is necessary to restore democracy in Hungary. The attempted blackmail by Orbán on numerous files shows why we need a reform to end unanimity in important policy areas.

Moritz Körner (FDP, Germany), Renew Europe’s shadow on the regulation in the Committee on Budgets, commented:

“We must ensure that this blocking of the funds continues until the Hungarian Government proves that the Rule of Law has been restored in the country. It cannot be an empty promise from the European Commission. Renew Europe has stood firm since the beginning; no funds shall be unblocked before real change to restore the Rule of law and fight corruption is shown. We will continue working and fighting for the rights of the citizens of Hungary.”

Katalin Cseh (Hungary, Momentum), Vice-President of Renew Europe and Renew Europe's shadow on the regulation in the Committee on Budgetary Control, said: "Hungary needs the EU’s help ‒ but we also need guarantees that EU funds get to where they are intended. Viktor Orbán wanted to scam Europe with some empty promises, and today's announcement by the European Commission has shown that he did not succeed. Again, we call for Hungary’s accession to the European Public Prosecutor’s Office, and direct funds to local governments and civil society. The European Parliament has kept its principled stance throughout this process, and the European Commission followed our lead."