Last night, Europe made significant progress towards achieving our ambitious climate objectives. Negotiators for the European Parliament, the EU council and the Commission reached an interinstitutional agreement on the revision of the EU Emission Trading System (ETS), intended to make Europe fit for the transition towards a climate neutral economy.

Renew Europe remains strongly committed to achieve carbon neutrality by 2050 at the latest and to reduce greenhouse gas emissions by more than 55% by 2030. Convinced that Europe must accelerate the decarbonization of our economy, Renew Europe has consistently pushed for a more ambitious and well – functioning ETS that will trigger higher emissions reductions in a cost – effective way. At the same time, the ETS must give certainty and proper incentives to businesses and investors to decarbonise, and to promote the front – runners in clean technologies.

Renew Europe therefore now welcomes this agreement. The new ETS, which will be the centerpiece of Europe’s climate action plan meets Renew Europe’s vision of a competitive green economy. A robust, enlarged ETS will not only further cut emissions, it will also bring new growth opportunities and sustainable new jobs as well as significant new funds that will be used to green and strengthen our European economy, while the creation of a social climate fund for the most vulnerable will ensure that the transition to a climate-neutral economy will be socially equitable.

“We now have final agreements on the core elements of EU’s Fit For 55 package. The most central piece is the ETS which is essential for Europe to create a market-based scheme to meet the Paris Agreement. The new ETS creates a much more ambitious scheme as the share of emissions covered by carbon pricing will increase from 40 to 75 %. We now include also sectors like maritime, waste, road transports and buildings. At the same time, targets for the sectors that were already covered are strengthened and we ensure support measures for vulnerable households and for safeguarding Europe’s competitiveness. We got all that sorted out before Christmas. I am proud about the outcome and about the fact that Renew Europe has been at the forefront for higher ambitions and climate commitment.”

“This is a new major European agreement for the climate! Our industries will have to reduce their emissions by 62 % by 2030 compared to 43% before this agreement. Nearly 50 billion euros will be available to support innovation and accelerate the decarbonization of industries. After the recent agreements on the carbon border adjustment mechanism and the law on deforestation, last night’s agreement on the reform of the European carbon market closes a completely unprecedented acceleration for the climate.” 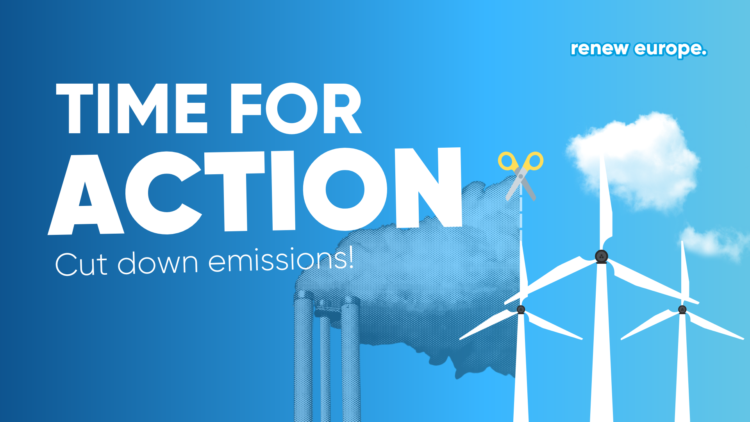