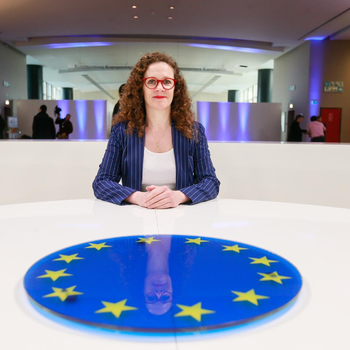 There is a growing concern for rule of law issues in the EU institutions and the need for a full-fledged mechanism is now widely recognised. However, this mechanism must be developed jointly by the Parliament, the Commission and the Council, rather than each institution applying different yardsticks. The independent monitoring of all Member States must be entrusted to a panel of experts, and its scope should also include democracy and fundamental rigths.

"The Commission's blueprint for action shows that the Commission finally embraces our initiative for annual Rule of Law monitoring of all Member States. The European project indeed relies on permanent respect of the rule of law throughout the EU. However, the Commission's plan falls short of our expectations.That should be done on the basis of independent monitoring on EU values as a shared exercise between the institutions. This is also key for implementing the currently discussed conditionality to EU funds - to protect the EU budget from abuse by countries who violate EU values – as this can only be based on common, objective monitoring. National parliaments should be part of the annual debate on the state of democracy, the rule of law and fundamental rights in the EU.

We are also pleased that the European Parliament's Rule of Law Monitoring Group will continue its work in this new legislative term. We will assess progress made by the countries covered since our last resolution in March, and we envisage further meetings and country visits as part of the monitoring exercise."