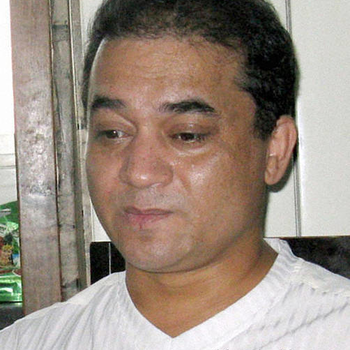 The Renew Europe Group in the European Parliament designated its candidate for the Sakharov Prize for Freedom of Thought by supporting Ilham Tohti, a renowned Uyghur human rights defender, economics professor and advocate for the rights of China’s Uyghur minority.

For over two decades, he has worked tirelessly to foster dialogue and understanding between Uyghurs and Chinese. Following his efforts, he was sentenced in September 2014 to life in prison at the end of a two day show trial.

“By being such a fearless voice fighting for human rights and fundamental freedoms in China, Ilham Tothi fully embodies the spirit of the Sakharov prize. Over the years, he advocated for the implementation of regional autonomy laws in China, encouraged greater awareness of the situation and treatment of the Uyghur community and fought against its exclusion from Chinese society. Ilham Tohti now risks spending the rest of his life in prison. The Renew Europe group sends today a strong message of support for his fight for human rights and freedoms of the Uyghur population by nominating him for the Sakharov prize”.

“The Uyghur people are subject to internment in re-education camps which challenge their very identity whilst Ilham Tohti is kept in isolation in prison. He only receives infrequent visits from his brother and his daughter is stranded in exile. Professor Tohti deserves this recognition for his courage in defending the rights of his people. It is important that he is not forgotten and that we take a more robust approach in pressing China on its lamentable human rights record.

“Today is a very important day. In an incredibly delicate historical moment, with more than onemillion Uyghurs in re-education camps, the Renew Europe nomination of Ilham Tohti for the Sakharov Prize is the strong sign that the Uyghurs are not forgotten. As a continuation of the work we have started in 2016 with his first nomination, we will keep speaking out loudly to make sure that the voice of the voiceless will be heard. Ilham Tohti tried all his life to peacefully speak for a world where Uyghurs and Han Chinese can live in harmony together and we will keep conveying his powerful message.”

The Uyghur people have been subjected to unparalleled repression by the Chinese government in the past two years due to their unique ethnic identity and religious beliefs. Since April 2017, over 1 million innocent Uyghurs have been arbitrarily detained in a network of internment camps, where they are forced to renounce their ethnic identity and religious beliefs and swear loyalty to the Chinese government.

For his work in the face of adversity, Ilham Tohti was awarded the PEN/Barbara Goldsmith Freedom to Write Award (2014), the Martin Ennals Award (2016) and the Liberal International Prize for Freedom (2017). Professor Tohti has been nominated for the 2019 Nobel Peace Prize.