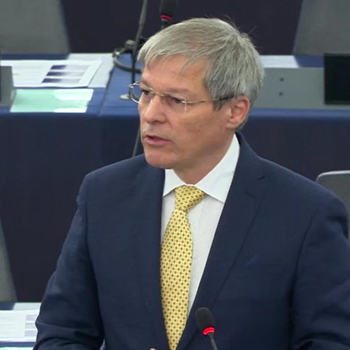 The European Parliament today held a debate on the outcome of last week’s European Council. Renew Europe President Dacian Cioloș stressed that the climate challenge, the Green Deal and negotiations over the EU’s Multiannual Financial Framework (MFF) should be turned into opportunities for EU countries to deliver their priorities.

“I welcome Charles Michel to the European Parliament. We place great trust and hope in the start of this new mandate. Renew Europe will be a true partner to move Europe forward. The message of the European elections is clear, now is the time for implementation”

“It is all very well to have objectives, now we need to implement them. EU Member States must be given the courage to make a step forward. The Green Deal & combatting Climate change have to be made an opportunity for all Member States, many of whom are starting from different levels, different starting places”

“We need to modernise traditional programmes like the CAP and Cohesion policy. A solid EU budget will include own resources; a first step towards a genuine EU budget, built on European perspectives and objectives.”

On Brexit, Dacian Cioloș urged for a close future relationship;

“Brexit is not the end of our story together, we will remain partners. I am confident that the British Liberal MEPs who believe in the European project will remain linked to the Renew Europe family – we will find a way to continue to work together.”