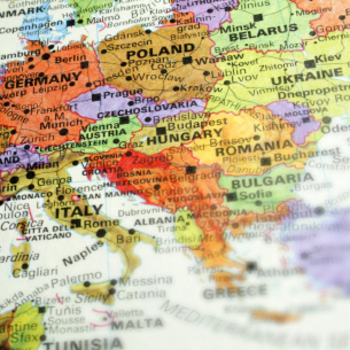 “The European Commission’s proposal on how to better and more effectively negotiate with the countries in the Western Balkans is a good step forward. It is important that it gives new impetus to the enlargement process, which Renew Europe Group fully supports. The next step, after agreeing on the new methodology, should be the opening of accession negotiations with North Macedonia and Albania. The enlargement process needs to be a political process and not only an administrative one.”

"I welcome the proposed reform of the accession negotiation process as it is based on gradual association - making the benefits of accession much more tangible for citizens of candidate and potential candidate countries - and the reversibility of the process when commitments are unfulfilled. I believe that this new methodology could make the process more effective and therefore more credible. However, let it be clear that the reform of the accession process must go hand in hand with a reform of Europe. The EU itself should be able to integrate new countries. That is why reforming Europe also must be a priority."

MEP Ilhan Kyuchyuk (Movement for Rights and Freedom, Bulgaria), Renew Europe Vice-Coordinator of the Foreign Affairs Committee, said the new methodology must not turn into a new condition that will again leave the region in the backyard of the EU for a long-time:

“I hope the new methodology will bring a new dynamic in a process that seems to be stumbling during the last years and will bring more clarity and more fairness to the whole EU enlargement policy. It is time to remove any reservations of the countries opposed to the opening of accession negotiations. Especially when it comes to North Macedonia and Albania, who deserve to receive a positive decision well ahead of the summit in Zagreb. This is what we have proposed in the Renew Europe policy paper on the EU Membership Perspective for the countries in the Western Balkans, which is based on our values and understanding of enlargement. We want the citizens and societies from candidate countries to be more closely associated with and benefit from the accession process. We want to integrate our Western Balkan partners, at an earlier stage, in key EU policies like the Green Deal, digital policies, connectivity, the Conference on the Future of Europe and give them the chance to reform and benefit from the EU long before their actual accession.”