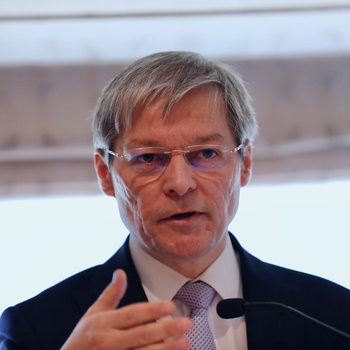 Dacian CIOLOȘ issued a statement after the meeting:

On the overall MFF:

“The figures discussed at this stage are very disappointing and therefore not acceptable. Member States should resist getting bogged down in an ideological negotiation linked to "1%" of GDP. In the aftermath of Brexit, Renew Europe expects and hopes for a surge of solidarity, commitment and ambition. Our objective is to focus on a new European dynamic. We have agreed on an ambitious programme based on reforms and investments with the Green Deal and the Digital agenda. These ambitions need to be reflected in the next MFF. "

On own resources and new investment capacities:

“Renew Europe strongly defends the development of new own resources, which give real autonomy and European dimension to the EU budget. The system must be simple, clear, and offer solid and sustainable financing prospects for Europe. Charles Michel's proposal is a first step, but negotiations are far from over to make the mechanism truly satisfactory.”

“It is important that Parliament has a guiding and supervisory role in the allocation of EIB funds, so that they are accessible to all Member States including East-West partnerships. This initiative should make it possible to boost investment and to facilitate our transition, particularly in the regions that face the greatest challenges.”

On the rule of law:

“The EU budget does not only reflect our ambitions, but also our values. On the issue of respect for the rule of law, we are very clear: a robust mechanism must be incorporated in the MFF agreement and cannot be optional for any EU Member State. Renew Europe expects a clear conditionality mechanism, efficient from day one to guarantee to all EU citizens that the rule of law is adhered to all across Europe. The current proposal is a start but not good enough in its current form. It still runs the risk of becoming a toothless instrument in the Council as we have seen with the current article 7 procedure. This is not acceptable for our Group.”

“Over the next budget period, Europe must keep the strength of its Cohesion Policy and Common Agricultural Policy - these are policies of solidarity that give full value to the European project. Such programmes are vital to people, sectors and local or regional authorities, including the farmers who we need to take with us if we are to achieve a climate transition and transform our food model. Let us not oppose new and old policies but integrate our new objectives into traditional policies".