Renew Europe calls for an EU budget that matches our ambitions 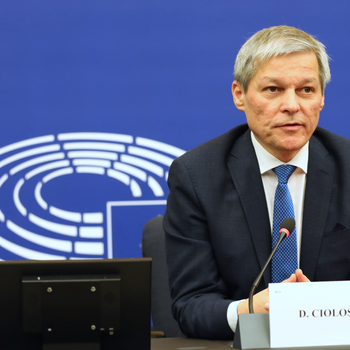 In a debate with the President of the European Council, Charles Michel, Dacian Cioloş, President of Renew Europe in the European Parliament has today reinforced Renew Europe's call for an MFF that is fit for purpose and capable of delivering investment, certainty and job creation, in the coming months and years. In the context of the likely economic and social fallout from the Coronavirus outbreak, the agreement of an ambitious European budget becomes even more important.

“I welcome Charles Michel's determination to reach an agreement at the European Council on the budgetary perspectives. A credible final decision, however, requires us to take account of the expectations expressed here in this Parliament.

Clearly, there will only be a multi-annual European budget if it is equal to the political ambitions expressed many times by the Member States in the Council around European priorities. The political ambitions on the green deal and securing a digital transformation only make sense if they are accompanied by a real vision of the budget and investment.

Our agricultural policy and cohesion policy must get out of the intergovernmental haggling and enter an era of modernisation. Both must be seen as solutions and not as problems in the new budget.

But our debate takes on a new political dimension in the context of the Coronavirus crisis. The question is no longer whether this epidemic will have an impact on our economy, but rather how far it will spread and how the European economy will cope. To what extent, in the aftermath of this crisis, will the European budget fully play its role as a lever for investment?

Now more than ever, to help our companies and employees through this difficult period, we need to offer predictability to our citizens and our business community. A rapid decision on a budget geared towards investment, towards job creation, is one of the indispensable elements of visibility to prepare for the future. The European budget is a key element of guidance and predictability.”

Commenting on the links between the refugee and migration crisis on the EU - Turkish border, the MFF and the need for a more geopolitical Europe, Dacian Cioloş said:

“What is happening on the Greek-Turkish border shows us once again that our policy of border security, but also of solidarity, requires a Frontex with resources, but also a budget capable of supporting our values, including solidarity on the ground.

The coming weeks and months are crucial to prove that post-brexit Europe is capable of offering stability, predictability and vision.

A geopolitical Europe and a Europe at the forefront of the economy cannot be decreed. It is built step by step, with determination, but also with means.”