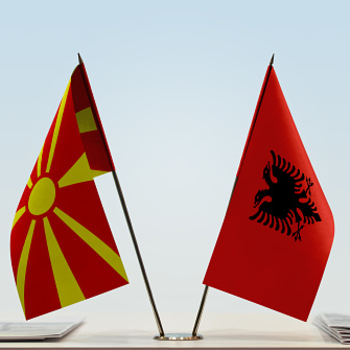 The Renew Europe Group in the European Parliament calls on the European Council to open accession negotiations with North Macedonia and Albania. Ahead of today’s video conference meeting of the EU affairs ministers and this week's European Council, Renew Europe considers it is important to recognise the significant progress made by the two Balkan countries in recent years and give them the green light for opening negotiation talks. Our political group equally looks forward to the approval of the revision of the enlargement methodology, which enables negotiation between the European Union and candidate countries to be more political, citizen-oriented and based on fundamental European values.

“It is time for the Council to acknowledge the progress and especially the European perspective of North Macedonia and Albania, by opening accession negotiations with these two countries.

The Renew Europe family has been at the forefront of the reflection on the revision of the methodology of accession negotiations. Our group is convinced that the process through which a country becomes a member of the European Union should go beyond public administration to public administration negotiations. It needs to be less bureaucratic and become a political and societal process. The citizens of candidate countries and citizens of the European Union need to be more involved and more informed of the strengths and benefits of this process. The revision of the enlargement methodology is a good step in this direction.

The current crisis created by the spreading of COVID-19 virus on our continent is affecting everyone, regardless of EU membership. The European Union must show solidarity with the Western Balkan countries, in this difficult times, by easing the export rules of essential medical equipment and allowing the use of IPA funds for the current health crisis.”

“I hope that the European Council will be able to meet the expectations of Western Balkan countries and their people, who have long waited for things to move forward. We can’t afford another disappointment.

As EP rapporteur on North Macedonia, I’ve also asked the Commission to come up with effective measures to help the Western Balkans in their fight against the coronavirus. Urgent decisions need to be taken and funding must be made available in order to show our solidarity in dealing with this emergency situation.”