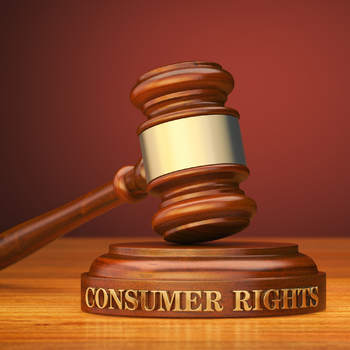 After marathon negotiations, Parliament and Council reached an agreement last night on a new directive for representative actions defining the legal instrument of group proceedings in the EU legal order. The new rules will require Member States to create at least one collective redress system allowing for domestic and cross-border actions. During the negotiations Renew Europe defended to set minimum criteria for EU consumer entities, regarding their independence & internal procedures to prevent conflicts of interest. Recent cross-border legal cases have shown that the collective interests of consumers must be better protected, but the new system must be designed with appropriate safeguards to prevent abusive litigation as seen in other parts of the world. Having these safeguards in mind, Renew Europe asked for the introduction of the loser pays principle, the transparency of funds in case of third party funding, and for judges to have the possibility to dismiss an action in case of third party funding leading to a conflict of interest. According to the agreement, information on ongoing and finalized actions will be publicly accessible, allowing consumers concerned to obtain knowledge about the actions they could join, if they have suffered the same harm. Furthermore, the Commission will be tasked to look into the possibility to have cross-border actions available to consumers in a centralised European system.

"The deal reached on the Directive on Representative Actions marks an important leap forward for consumer protection in Europe. Consumer cases, such as Dieselgate, have shown over the past few years the need for an effective EU procedure dealing with violations of consumer rights on a large scale. Whether it is in the area of energy, financial services, telecommunication or data protection, this Directive will provide groups of consumers across Europe with the right to claim compensation in case of harmful conduct by companies. Besides increasing consumer protection throughout Europe, this Directive also serves businesses which will benefit from more legal certainty enabled by streamlined procedures and a restored level playing field in the internal market."

"The political agreement will lead to more harmonisation of consumer protection throughout the European Union and legal certainty for businesses within the Single Market. Renew Europe advocated for harmonising standards in order to ensure a high level of consumer rights in all Member States as well as for strong safeguards to prevent an abuse of the collective redress mechanism. Representative actions can be an important instrument for consumers to search for redress in case of harm, but these actions must not become a business model for players driven by economic interests."