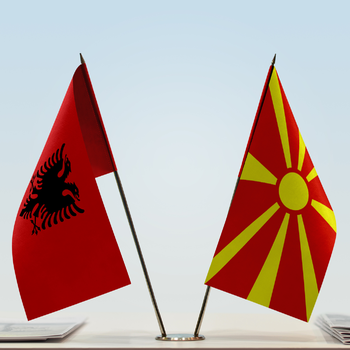 The Renew Europe Group in the European Parliament welcomes the presentation by the European Commission of the draft negotiating frameworks for Albania and North Macedonia to the Council, a crucial step in the accession process of both countries. These are the guidelines and principles for the accession negotiations with each candidate country and the objective is that Albania and North Macedonia adopt the EU acquis in its entirety and ensure its full implementation and enforcement upon accession.

“It is important that the text incorporates the revised enlargement methodology, which makes the process more credible, predictable and with a stronger political steer while ensuring the countries advance in the negotiations based on their own merits. I hope that the Council will adopt the final text of the Negotiating Framework without any delay, with an aim to have the first Inter-governmental Conference by the end of this year. In the meantime, I hope the new government in North Macedonia will prepare a roadmap for accession as soon as possible after its establishment based on a broad political consensus in the country.”

“The Negotiation Framework for Albania should emphasize the paramount importance of strengthening democracy, the rule of law and fundamental rights. Reforms carried out in the context of the accession process have intrinsic value and will bring concrete benefits to Albanian citizens. At the same time, the Negotiation Framework must make crystal clear that any kind of backsliding or absence of the necessary reforms will hamper accession. I expect both the Council of the EU and the Albanian government to respond to the Commission's draft with resolute commitment to advance to the next stage.”