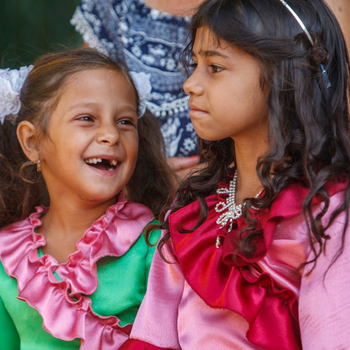 Members of the European Parliament today debated the EU's plans for a new strategy advancing Roma integration and participation, while fighting deeply rooted and persistent discrimination in Europe. The anti-gypsyism widely present today is structural and often institutional, and worryingly in some Member States governmental discrimination of minorities is gaining traction. Renew Europe MEPs are therefore calling for a binding framework for the equality and inclusion of people with Romani background for the period 2020-2030. This must include specific objectives, targeted measures and a reliable system of monitoring to create policies which help the active inclusion of people with Romani background into our societies. At the same time, our Group strongly rejects the increasingly common political narrative and populist attempts to build government policy on inciting anti-gypsyism, scapegoating of Roma and promoting discrimination or segregation, as they are diametrically opposed to fundamental rights and values laid down in the EU Treaties.

"Over the past decade, due to the existing Roma policies in many European countries, we have lost a whole generation of children. Segregation in schooling, inadequate housing, exclusion in healthcare and the lack of decent employment opportunities combined with racist attitudes towards the Roma impoverish all our societies and make our economies less competitive.

Regrettably, integration funds for minorities haven't achieved a great deal either. Integration strategies cannot be based solely on financial criteria, rather our focus should be on the development of human potential. Over the next 10 years we must empower Roma communities in close cooperation and by sharing responsibilities with them.

The Hungarian Presidency of the EU in 2011 already presented a Roma Strategy, but today, nearly a decade later we are still here debating this issue. Various political forces, including the Hungarian Prime Minister, are ready to tread on the rights of minorities merely for electoral gains; while inhuman treatment of Roma people has become a programme of the government in all but name. To change this we need humane and fair solutions respecting every citizens' fundamental rights. We cannot leave anyone behind!"