Venezuela: Renew Europe sends a strong message to Maduro and calls for targeted sanctions and a EU ban on Venezuelan blood gold 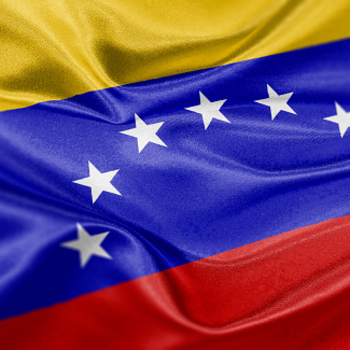 The European Parliament today approved a resolution on the humanitarian situation in Venezuela and the migration and refugee crisis created by Maduro’s regime, who holds onto power by putting the lives of its citizens at risk. The Renew Europe Group strongly condemns the crackdown on democracy, rule of law and human rights by the Venezuelan authorities and urges them to recognise the ongoing humanitarian crisis and to prevent its further deterioration.

The resolution reiterates that Juan Guaidó is recognised as the legitimate President of the National Assembly, and the legitimate interim President of Venezuela and calls on the EU to strengthen and expand targeted sanctions by consequently restricting the movements of those individuals who support Maduro and his regime and freeze their assets and visas.

Maduro’s recent attempt to expel the EU ambassador from Caracas, as a form of retaliation for the imposition of sanctions on 11 officials responsible for serious human rights violations, is strongly regrettable and the MEPs call on Member States to recognise the political representatives appointed by Juan Guaidó.

Renew Europe MEP, Dita Charanzová (ANO, Czech Republic), Vice-President of the European Parliament responsible for relations with Latin America, who negotiated the resolution on behalf of our Group, said:

“We have sent a strong message to Maduro - we do not recognise him, there cannot be a transitional government with him, and we will continue to strengthen the targeted sanctions until he paves the way for free and fair elections.

Beyond extending the sanctions to regime officials, a key point for me was to ask for the prohibition of the trade and circulation of Venezuelan blood gold in Europe- the new lifeblood of the regime. I am happy this has been included.

We recognise Guaidó as the legitimate President. EU states should therefore recognise his representatives in Europe as well, and revoke the accreditation of Maduro’s ambassadors now.”

“The reaction of the regime, threatening to expel the European Union Ambassador, is proof that the sanctions regime works, the result of this Parliament's work. The sanctions regime must be tightened and extended to all the partners of the narco-dictatorship.

Mr. Maduro knows that his days are running out; he cannot access the country's money reserves, nor can his accomplices move freely. No one will go unpunished for the systematic violation of fundamental rights and freedoms in Venezuela, and the European Union will continue to work permanently until democracy is restored in the country. To all the Venezuelans, I would like to remind you that you are not alone and that sooner or later, the Maduro regime will fall.”