‘There can be no rebates on European values’: Renew Europe leads demand for an effective rule of law mechanism 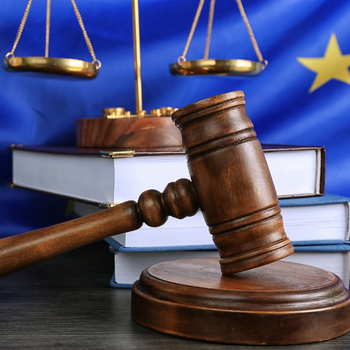 Renew Europe today took the initiative to write to Angela Merkel, Chancellor of Germany, which holds the Presidency of the Council of the EU, and President of the European Commission, Mrs Ursula von der Leyen, to reinforce the European Parliament’s demands for the completion of work on an effective rule of law mechanism to accompany any agreement on the MFF, with the support of the largest political groups.

The letter, co-signed by the leaders of EPP, S&D, Renew Europe and Greens/EFA and deliberately sent the day before the official negotiations on the new MFF start, reminds the Commission and the Council that the adoption of the new Multiannual Financial Framework 2021-2027 (MFF) requires the Parliament’s consent. Renew Europe believes the formal conclusion by the Council of the regulation on the protection of the Union's budget in case of generalised deficiencies as regards the rule of law in the Member States (2018/0136 (COD)) is a pre-requisite for progress on the MFF.

Renew Europe has been a fierce and determined advocate of the need for an effective conditionality mechanism. We cannot allow that the values enshrined in Article 2 TEU are systemically threatened or violated by Governments who benefit the most from EU solidarity. The recent crackdown on LGBTI campaigners in Poland over the summer and the continued attacks on the freedom of the press in Hungary have reinforced the need for action to address the EU’s rule of law crisis.

This is why, in line with Parliament’s first reading position, Renew Europe also demands the incorporation of the Annual Monitoring Report on Union values, the maintenance of the “reverse qualified majority” rule, the institutionalised procedural role for the Parliament and safeguards for final beneficiaries and recipients. Renew Europe is clear that conditionality must not remove funding or opportunities from beneficiaries and EU citizens directly. Local authorities, NGOs, civil society organisations, or SMEs should not suffer as a result of the actions of their own Government.

‘Protecting the rule of law is not against one country or another, but we need an objective and efficient mechanism to secure that all citizens across Europe have equal access to a basic common principle of our Union. Europe is based on common values and any step back must be avoided; the Commission must be empowered to secure this. The European Council agreement in July was a welcome step, now we have to tackle Europe’s rule of law crisis - which is existential. Government’s that continue to attempt to erode democratic freedoms and institutions cannot continue to benefit the most from EU funds based on solidarity, which should instead benefit EU citizen’s directly.’

‘As we head into important negotiations on the MFF, Renew Europe is clear that nothing is agreed until everything is agreed and a rule of law mechanism to build on the aims of the Council is essential. The European Parliament will defend the need for improvements to the MFF with determination. There can be no rebates on our values. ’