MFF 2021-2027: Renew Europe approaches negotiations with the council with ambition and determination 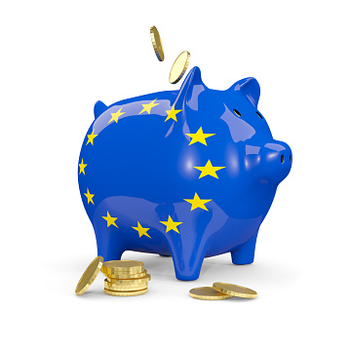 As the first negotiation round on the 2021-2027 Multiannual Financial Framework opens today in Brussels, Renew Europe reiterates its determination to improve significantly the agreement reached at the European Council on July 21. This starts with a clear timetable and ambitious package of new Own Ressources and the establishment of an ambitious mechanism establishing a legally binding link between the payment of European subsidies and respect for the rule of law. The European Recovery Plan cannot be made to the detriment of the seven-year funding for common policies.

Dacian CIOLOȘ, President of Renew Europe, said before the meeting:

"We understand the will of the German presidency to move forward quickly, but it’s important to underline that the ratification process of the recovery plan can start as soon as the Parliament will vote its opinion in September. Beyond the recovery plan, our group have clear pre-conditions to agree on the future MFF. First, the rule of law is not a slogan. It must be protected effectively all across Europe as it is the foundation of our Union based on values. Second, we cannot afford to have a recovery package and an unprecedented solidarity mechanism to help Member State overcome the crisis without an efficient and clear mechanism to reimburse money raised on the markets. New own resources must be ramped up in the coming years with a clear and binding agenda".

Valérie HAYER (Renaissance, France), negotiator for the MFF and the own resources system for the European Parliament and BUDG coordinator added: “

Today, we, Members of the European Parliament, will enter these long negotiations with ambition, determination and tenacity. Our key points are clear: new own resources to avoid citizens paying for the recovery plan, an effective rule of law mechanism to avoid Hungary becoming the new Belarus, more money to make EU policies even more effective and more European democratic legitimacy ”.

An MFF and recovery fund without a rule of law component is unacceptable for Renew Europe. The illiberal policies of Orbán and Kaczyński must no longer be co-sponsored by the EU”.

“Our group has three main priorities which we will pursue throughout all the negotiations this fall. First to ensure that the European programs that were cut in order to achieve a deal in the Council are adequately funded. Second to ensure that the European Union has a system of own resources that ensures the repayment of the debt without endangering the future of the union; and third a robust rule of law mechanism”.

BUDG The future of Europe Leader Press releases and news