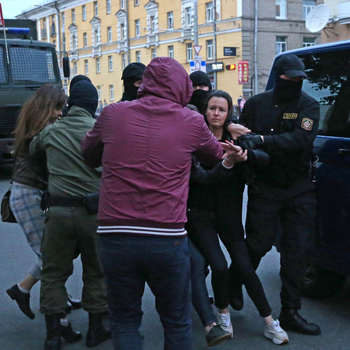 The Renew Europe Group in the European Parliament strongly condemns the continuous violations of human rights and free assembly, politically motivated arrests, kidnappings and the expulsion of citizens from Belarus. These actions breach the country’s own laws and its international obligations and it must stop immediately.

Last Sunday, over 630 people were detained during the peaceful Unity March in Minsk, while this week several opposition leaders and prominent figures from the civil society were aggressed, put behind bars or disappeared from their homes.

We also condemn the appalling acts of violence and torture perpetrated against peaceful protesters, and call for a full investigation of these crimes, which cannot be left unpunished.

Belarus, a candidate country for the membership of the Council of Europe, must respect its international obligations and commitments when it comes to human rights, democracy and the rule of law.

“One month after the presidential elections in Belarus, which were neither free, nor fair, people continue their peaceful struggle for freedom. Their courage and determination are impressive. Renew Europe stands with the people of Belarus and condemns in the strongest terms possible Lukashenko’s regime brutal repression of peaceful protestors. The numerous human rights violations taking place in Belarus need to stop.

The Council should, as a matter of urgency, speed up the adoption of strong and targeted sanctions against all those that play a role into the crackdown against the protestors and into the falsification of the elections. There is no doubt that the first individual on the sanctions list should be Lukashenko.”

“The criminal behaviour of Lukashenko’s regime requires a thorough international investigation and justice for its victims.”

“While the situation in Belarus is getting worse and worse, the EU's response is still just statements, giving the Belarus regime all the leeway it needs to continue the repression and intimidation. Time to adopt an EU Magnitsky Act as soon as possible and act unequivocally.”