Brexit: The full and timely implementation of the Withdrawal Agreement is a pre-condition for any future relationship 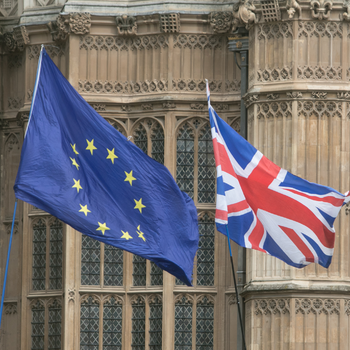 Following a meeting of the European Parliament’s UK Coordination Group (UKCG) today, in the presence of Michel Barnier and Vice-President Maroš Šefčovič, Renew Europe reaffirms that the timely and full implementation of the Brexit Withdrawal Agreement is a pre-condition for any future relationship.

‘I am gravely concerned and disappointed that the UK Government has tabled legislation, which if adopted, would breach international law in the form of the Withdrawal Agreement. This is not the Britain I thought I knew. For Renew Europe, the implementation of the Withdrawal Agreement is a pre-condition for the conclusion of any future relationship. I urge the British Government to act and restore trust, which is essential if we are to build the relationship that Europeans in Britain and on the continent need and deserve.’

Nathalie Loiseau MEP, a member of the UK Coordination Group and chair of the European Parliament’s Subcommittee on Security and Defence said:

‘The EP gave its consent to the Withdrawal Agreement believing that it would be implemented fully and in good faith by both parties. The UK Internal Market draft bill goes against this belief and the confidence we had in the British Goverment’s commitment to abiding by an international, legally binding agreement. Until the moment it becomes clear that the UK respects the letter and the spirit of the Withdrawal Agreement in full, Renew Europe will not vote the consent for any agreement on the future relationship between the EU and the UK. ‘

Morten Helveg Petersen MEP, member of the UK Coordination Group commented:
‘The British Government’s actions have been astonishing. We hope and expect the UK Government to uphold the rule of law and fully implement their obligations. This is a requirement for us if we are to build the partnership that we need to build to protect our common prosperity.’