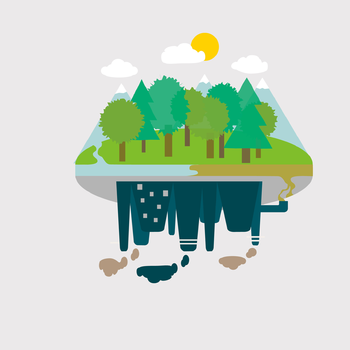 Today the European Parliament's Environment Committee voted on its report amending the Commission's proposal for an EU Climate Law. The new regulation will set binding targets to reach climate neutrality in the EU by 2050 at the latest, making the bloc of 27 a world leader in climate protection. During the negotiations Renew Europe MEPs on the Environment Committee were was instrumental in building a broad compromise carried by all major political groups that strengthens the long-term target and creates a solid governance system to keep the EU´s and each Member State´s progress on track.

As an essential step towards climate neutrality, Renew Europe has insisted that the EU must raise its 2030 climate target significantly. The vote by the ENVI committee to adopt a target of 60% reductions of greenhouse gas emissions compared to 1990, up from today´s target of 40%, was a victory for climate ambition and sends a strong signal to the Commission and to the Member States.

Renew Europe wants a consistent approach to the long-term climate challenge: therefore the EU needs a process to set targets also for 2040, and a guarantee that emissions will stay negative after 2050. This should be based on a transparent carbon budget that provides a scientific basis for action and predictability for businesses. All this is now part of the ENVI Committee report. For Renew, it is equally important that the climate transition is a genuine economic transition that creates opportunities but also challenges.

Therefore, we need to create the right economic incentives and promote investment and innovation, and we need to ensure a just transition with adequate support for regions, sectors and citizens that are affected the most. We also welcome that the EU with this Law for the first time will get a legal framework for climate change adaptation, an initiative by the Renew Group.

"Never before was such an ambitious target adopted. This objective will drive the ambition of Europe upwards.

A wide majority also voted for a binding consistency principle: any new measures coming out from the Commission will have to be consistent with the climate neutrality objective. An immense step forward to win the climate battle.

"The Environment Committee’s decision to amend the Commission’s proposal in this ambitious way sends a strong message to the Commission as well as the Member States. In further negotiations, this broad compromise from the Environment Committee indeed provides a thorough yet realistic pathway, with the right structures and incentives, to a climate neutral EU by 2050 at the latest."

The full Parliament will vote on the 2030 target and the Climate Law in the plenary session 5-8 October.