Recovery plan: the European Parliament gives the green light for european borrowing and asks for new own resources 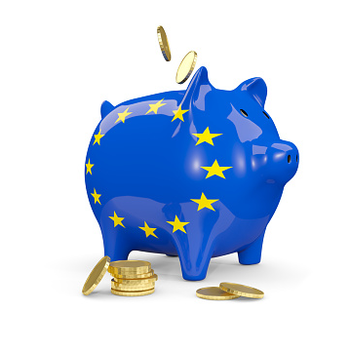 The European Parliament, meeting in plenary session today in Brussels, has adopted the report from Renew Europe MEP Valérie Hayer on the own resources system by 455 votes in favour, 146 against and 88 abstentions. It kicks off funding for the European recovery plan to tackle the COVID19 crisis. At the end of an accelerated procedure, MEPs gave their green light to the beginning of the ratification process for the "Next Generation EU" plan which will make possible to realise an unprecedented European solidarity to overcome, together, the economic challenges, as Renew Europe advocated for since April. It is about having not just 27 national recovery plans, but, in addition, a European plan, with coherence and guidelines defined collectively. In its report, the Parliament has designed a gradual implementation, on the basis of a legally binding timetable, of new EU-wide streams of revenue, or ‘own resources’, intended to repay common European borrowing, in line with the political agreement reached by the Heads of State and Government on 21 July. Those own resources notably include a Carbon Border Adjustment Mechanism and the proceeds from the Emissions Trading System. Following the vote of the European Parliament, it is now up to the Council and the national parliaments of the 27 Member States to give their approval to the Own Resources Decision so that the recovery plan can start on 1 January 2021.

Dacian CIOLOȘ, President of Renew Europe, declared :" We want the funds for "Next Generation EU" to be released as quickly as possible to help our companies to bounce back and innovate. The European Parliament assumes its responsibilities and is mobilised to give its approval as quickly as possible to the decision which will make it possible to raise on the markets the funds necessary to finance the recovery and reconstruction plan. Now I am waiting for the European Council and the national Parliaments to give the green light. Time is running out. "

Valérie HAYER (Renaissance, France), co-rapporteur on the own resources system, added: "At a time when Europeans are losing their jobs, their incomes, we are obliged not to make them bear the burden of the debt, either through higher taxes or reduced European opportunities. Therefore, the only alternative is the creation of new own resources, so that the costs are supported by tech giants, who have emerged stronger from this crisis, by large Chinese companies that massively export products in Europe without being constrained by the same environmental standards, by multinationals practicing tax optimisation. "

BUDG The future of Europe Leader Press releases and news