Just Transition Fund: leaving no one behind on the road to climate neutrality by 2050 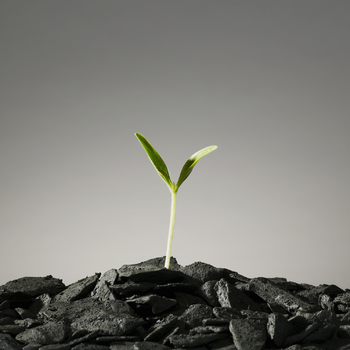 Renew Europe welcomes the adoption today by the European Parliament, meeting in plenary session in Brussels, of the Just Transition Fund (JTF), a key instrument of climate neutrality policy aimed at ensuring a just and equitable transition to regions facing their dependence on fossil fuels.

The creation of a Just Transition Fund has been one of Renew Europe's political priorities since the start of the legislature. We fully support the need to accelerate the green transition, and we need also to make sure that we mitigate the potential social, economic and energy impact to the transition in some regions. Member states' access to JTF funds will be strictly conditional on the adoption of a national roadmap outlining their action plans to achieve the EU's carbon neutrality target by 2050. Those who have not set a national target will be deprived of half of their endowment until they comply.

In the end, the European Parliament wants to increase the JTF's budget to 58.1 billion euros over 7 years. The report recommends mobilizing 25.3 under the JTF itself and an additional 32.8 billion should be added, according to Parliament, under the recovery instrument, Next Generation EU, in the more general framework of negotiations on the Multiannual financial framework. Regions facing the greatest transition challenges will benefit the most from the Just Transition Fund.

Renew Europe has always supported a pragmatic approach to this sensitive issue. If fossil fuels remain excluded from the scope, duly justified investments in gas could be subsidized if they comply with European taxonomy rules on sustainable investments and if they demonstrate their consistency with climate neutrality by 2050. This will help the Member States of Central and Eastern Europe in their energy transition as their economies today depend mainly on coal.

Ondřej KNOTEK (ANO, Czech Republic), Renew Europe shadow rapporteur for the Just Transition Fund in the Parliamentary Committee on Regional Policy and Cohesion (REGI), said: “The European Parliament offers a powerful tool to meet the needs specific to individual regions, most of them facing climate transition. We must now do our best to complete the legislative process by the end of the year in order to make the JTF operational as of January 1, 2021”.

Irène TOLLERET (Renaissance, France), member of REGI where she brought, on behalf of Renew Europe, the amendment conditioning the payment of funds to the adoption of a national climate plan, added: “Climate conditionality is a red line for us. We cannot finance the transition to climate neutrality in countries that do not commit to it. It would be a contradiction."