It’s time for a single EU mechanism to protect democracy, the rule of law and fundamental rights 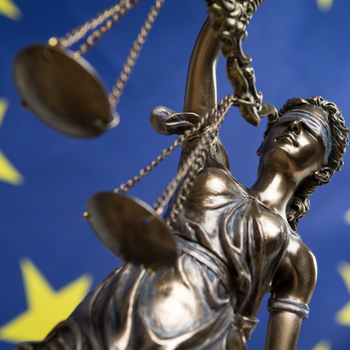 Today the European Parliament's Committee on Civil Liberties adopted a report on the establishment of an EU mechanism on Democracy, the Rule of Law and Fundamental rights, a long-standing demand of Renew Europe and an issue we have campaign for relentlessly. The report, steered through the Parliament by Renew Europe Vice – President MEP Michal Šimečka, comes at a critical moment for the rule of law and democracy in Europe. It proposes the conclusion of a legally binding Interinstitutional Agreement on Reinforcing Union Values, signed by the Parliament, the Council and the Commission. An agreement of this nature would constitute a comprehensive Annual Monitoring Cycle as part of which the state of democracy, rule of law and fundamental rights in all Member States would be monitored according to a single set of objective criteria.

This would mean that the Commission, supported by an interinstitutional working group and independent experts, would draft a yearly report on Union values, which would be consequently followed-up by the Parliament and the Council. The report would also outline country-specific recommendations aimed to reinforce the fundamental values of the Union. Ultimately, should Member States fail to implement the recommendations, the Union shall be empowered to resort to concrete enforcement measures, including procedures under Article 7 of the Treaty on European Union, infringement proceedings and budgetary conditionality.

”The proposal has a strong consolidating and streamlining function. We suggest the replacement of several existing tools, which are difficult to navigate and lack coherence, by a single Annual Monitoring Cycle. The resulting mechanism would be simpler, more efficient and more effective.

The conclusion of this agreement would send a powerful signal that the EU is serious about protecting its constitutional foundations. Common statements reaffirming attachment to European values have been surprisingly few and far between. The signature of the Parliament, the Council and the Commission under a single, robust legislative document would carry great importance.

In addition, we call for a direct link between the Monitoring Cycle and budgetary conditionality as one of the options for concrete enforcement measures. For Renew Europe, there can be no rebates on our values."