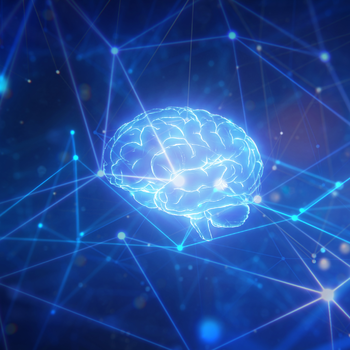 The Legal Affairs Committee today adopted 3 reports on artificial intelligence. This vote is part of the work programme of the European Commission, which is due to present its legislative proposals early next year on the civil liability and ethical aspects of these new technologies.

The report on intellectual property rights in the development of artificial intelligence and robotics technologies calls for updating the European framework on this subject. Without pre-empting the debate, the rapporteur lays down strong principles. He proposes that a distinction be made between human creations assisted by artificial intelligence, for which current legislation remains adequate, and creations generated autonomously. These works should be eligible for protection, but the report opposes granting them legal personality. Finally, a recommendation is made that the Commission's approach to the regulation of intellectual property rights should be sector-specific and customs-based. In general, this proposal will facilitate the creation of a Single European Data Space by promoting innovation and creation.

"The report voted today sends a clear signal to the Commission that our European framework for the protection of intellectual property rights is not adapted to tomorrow's technologies. We are making strong proposals to update it. It is indeed essential to facilitate the protection and circulation of copyrighted content, patents and data, if we want the European Data Strategy to be a success".

The report on the civil liability regime applicable to artificial intelligence, supported by Renew Europe, favours a risk-based approach. It proposes strict liability rules for a limited set of high-risk applications, which would be pre-identified by the European Commission together with AI experts. These applications would be covered by a mandatory insurance, to ensure that victims will be compensated for their harm.

"If we want to encourage European innovators to experiment, develop and invest in AI, they need to know upfront what their rights and obligations are. With this proposal we want to provide them with this legal certainty. I believe we have succeeded in finding the right balance between the consumer's rights to compensation whilst fostering the EU's competitive position".

Finally, the 3rd report adopted looks at the ethical aspects of artificial intelligence, robotics and related technologies. Recalling that AI raises many ethical issues such as the risk of discrimination, violation of privacy or the opacity of certain decision-making processes, the report also introduces the notion of high-risk technologies. These technologies will have to be assessed for compliance with the obligations set out in the draft regulation. At the end of this assessment, they would be awarded a "European certificate of ethical compliance". Renew Europe strongly supported this risk-based approach, which was adopted by the rapporteur.

Dragoş Tudorache (USR-PLUS, Romania), Chairman of the Special Commission on Artificial Intelligence in the Digital Age:

"We need a vanguard outlook on "Europe's digital decade," Europe needs to develop Artificial Intelligence that is trustworthy, eliminates biases and discrimination, and serves the common good, while ensuring business and industry thrive and generate economic prosperity. I see the two not as contradictory but as complimentary: one reinforces the other. In that regard, the establishment of the Special Committee on Artificial Intelligence in a Digital Age is a strong signal by the Parliament that it takes a strategic interest in this important topic."

Status of the proceedings

The 2 legislative own-initiative reports, the one on ethical aspects and the one on the civil liability regime, and the non-legislative report on intellectual property will be submitted to the vote of the second plenary session in October.