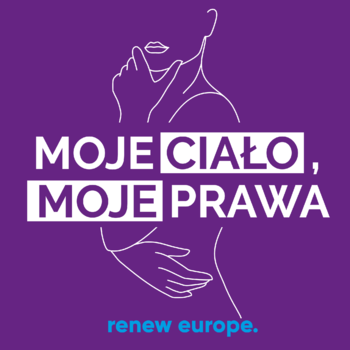 The Renew Europe Group expresses its solidarity with the women in Poland. We stand united with the thousands of brave Polish women striking for their human rights.

Poland's abortion laws are already among the strictest in Europe, but with the ruling of the Polish Constitutional Tribunal - which is under the control of the Polish PiS government - abortions would be almost entirely banned in Poland.

The Constitutional Tribunal's ruling takes place in the context of the governments repeated interventions to undermine women's rights, as well as reforms that have weakened the independence of the judiciary, media freedom and rule of law in the country. The dismantlement of the rule of law in Poland has been going on for years and the impacts on fundamental rights are alarming. Renew Europe will continue to fight against rule of law backsliding and raise our voices for women's rights.

"We stand behind the women in Poland and we stand next to them. They are not alone in the fight for women’s rights. We will join them. Women’s rights are human rights. Every woman has the right to have a safe and legal abortion. Poland should respect the rule of law and fundamental rights of women. Renew Europe will not pull back and we will demand equal rights and respect for the rule of law. There can be no EU funding given, like we are doing now, to the Polish government when they continue like that. We will keep supporting civil organizations and liberal politicians in Poland to create the pressure that is so much needed. This is taking too long and we have no time to wait anymore."

"Europe must support Polish women in their quest to be afforded basic dignity and control over their bodies. The protests are a result of continued rule of law erosion in Poland, as the Constitutional Tribunal is illegally composed and takes political cues from Jarosław Kaczyński. The PiS party, using state-sponsored propaganda, has institutionalized misogyny."