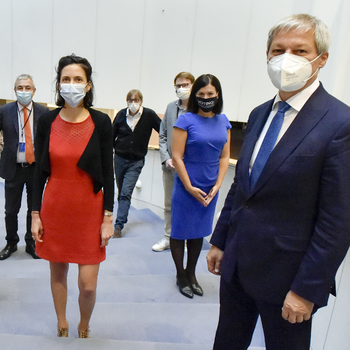 The European Parliament and the Council have reached a provisional agreement on a Rule of law conditionality mechanism, which will be an indispensable part of the EU budget 2021-2027, and the Next Generation EU Recovery instrument. In the face of intensifying Rule of Law backsliding and corruption linked to EU funding in some Member States, Renew Europe led a determined campaign for an effective and comprehensive Rule of Law conditionality mechanism. It will ensure that those governments that do not live up to the EU rules and values will not receive EU funds.

We are delighted our persistence and pivotal role in the negotiations has helped to shape robust and innovative legislation. The establishment of a link between upholding the Rule of Law and EU funding was a key campaign priority for Renew Europe both before and after the 2019 European elections.

Thanks to the hard negotiating of Renew Europe, the agreement has been significantly reinforced:

- Firstly, the scope has been broadened and includes a stand-alone Article with a list of examples of possible breaches, which includes endangering the independence of the judiciary. Moreover, rule of law is to be understood in relation to all Union values in Article 2 TEU.

- Secondly, the mechanism will be preventative and can be triggered with a considerably shortened timetable when compared to the German Presidency’s proposal if there is a serious risk that breaches of the rule of law can affect the budget. This was vital for Renew who obtained legally binding guarantees insuring that the Council cannot block decisions via procedural tricks, and clarifying the role and responsibility of the Commission. This was final and most difficult point of the negotiations.

- Thirdly, Renew Europe actively fought to secure that strengthened provisions are included for the protection of final beneficiaries, to ensure that non-governmental organizations and other final recipients are not victims to the illegal actions of their own Government.

- Fourthly, another achievement pushed by Renew Europe is the inclusion of the Commission’s Annual Rule of Law report among the sources of information on which the Commission should base its assessments whether there are breaches. By taking into consideration the annual evaluation of the rule of law situation in all Member States, we add to the Commission toolbox another instrument to guarantee assessments that are unbiased, transparent and comprehensive.

‘Protecting EU funding from infringements of the rule of law and corruption has long been a priority for Renew Europe. I am delighted with our strong family effort to deliver this innovative legislation. Renew Europe is delivering on the pledges it made to EU citizens. We passionately believe it is unacceptable that some EU countries continue to use EU taxpayer’s money to reinforce their own illiberalism and undermine the fundamental rights of EU citizens. Today we take an important step to tackling this. The European Union is not a cash machine, it is a union of values and fundamental rights, which must be defended. Europe is first and foremost a Union of values. This rule of law mechanism will make it clear.’

‘Thanks to our negotiating team and all our family members in the different institutions pushing in the same direction, the mechanism we have agreed has been significantly strengthened, from the scope of the regulation, to protections for non-governmental beneficiaries and a multitude of other areas. This is a ground-breaking mechanism which we believe will play an important role in reinforcing the rule of law and moving the European project forward.’

Katalin Cseh, Vice-President of Renew Europe and Renew Europe’s shadow on the file in the Committee on Budgetary Control added:

‘Little more than a year ago, I was elected on the promise that we would have specific steps against governments which do not respect the rule of law, and steal EU money. Along with my renew Europe colleagues, we have heard repeatedly that a rule of law mechanism is unrealistic. now we have an agreement on it. This is a huge success for a group, and for everyone who cares about the rule of law and European values.’

Moritz Körner, Renew Europe’s shadow on the file in the Committee on Budgets commented:

"The rescue package for the rule of law is a new milestone in the EU’s history. The cuddling with Orbán and Kaczyński is over. There will be no more rebate on the EU’s values."

Michal Šimečka, Vice-President of Renew Europe and Renew Europe’s shadow on the file in the Committee on Civil Liberties said:

‘Agreement on the rule of law mechanism promises to be a milestone in European integration. The EU will finally be able to make conditional the provision of funding on compliance with the rule of law. Renew Europe will insist on the swift application of this mechanism once in force. EU money cannot be used to fund authoritarianism.’