Nagorno-Karabakh: Only a solid negotiated agreement will bring lasting peace in the region 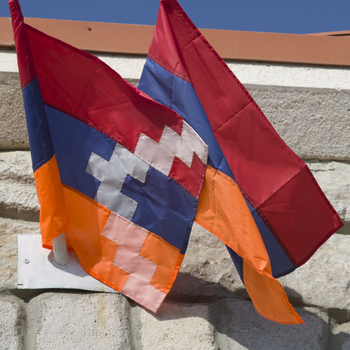 The Renew Europe Group in the European Parliament follows closely the situation in Nagorno-Karabakh, where a ceasefire deal has been reached to end military conflict. We restate our position that a long-lasting solution to the conflict can be achieved only through diplomatic efforts and good faith of all actors involved. The European Union should increase its involvement in the settlement of the conflict and not leave the fate of the region in the hands of Russia and Turkey.

Our political Group draws particular attention to the humanitarian situation in the enclave and deplores the loss of more than a thousand lives. Both sides must allow the presence of international humanitarian aid in the region as the destruction, the tens of thousands of people displaced and soaring coronavirus cases pose urgent and longer-term challenges for both countries.

“Ending the killings and violence is extremely important. Achieving lasting peace and an agreement can only be the result of thorough negotiations and diplomacy. It is therefore crucial that both parties accept also in substance what has been agreed. Otherwise, the anger and strife will remain and may re-emerge at any moment, resuming the hostilities.”

“I truly hope this peace deal means an end to the decades of violence and friction between Armenia and Azerbaijan. Too many lives have been lost in this war, too many people have suffered from this enduring conflict. I call all parties to adhere to the peace deal and resolve any remaining differences peacefully, at the negotiating table, so that the dire humanitarian situation can be addressed and the people in the region can eventually start rebuilding their lives.

I do regret the absence of the EU in the mediation process. We are once again the spectator of a deal brokered by Russia and Turkey. The EU has many instruments at its disposal that it could have used to bring the parties together and yet our action has been intangible.”