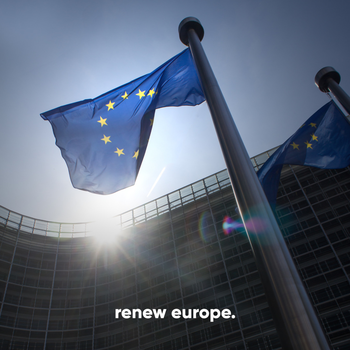 Renew Europe welcomes the adoption of Pascal Durand's report assessing the 2019 European elections. This report also allows us to look ahead to the future, with a view to the next European elections and the upcoming debates of the Conference on the Future of Europe.

We should welcome a greater participation of European citizens in this election, especially young people. Gender parity has also improved, but remains far from satisfactory.

However, the rapporteur deplores the existence of a large number of obstacles preventing vulnerable populations from having access to the vote. 800.000 Europeans with disabilities were unable to exercise their right to vote. This was also the case for hundreds of thousands of homeless people. Too many European citizens from ethnic minorities were also unable to vote freely.

Having taken stock of the situation, it is also important to prepare for the next elections. Renew Europe welcomes the fact that the European Parliament has approved by a strong majority the continuation of discussions on the introduction of transnational lists within the framework of a single European constituency. MEPs also reiterated their attachment to improve the process of appointing the President of the European Commission in 2014, the so-called "Spitzenkandidaten" mechanism. This debate should also make progress at the Conference on the Future of Europe. The President of the European Commission, Ursula von der Leyen, committed herself to this issue when she presented her work programme in July 2019 with the support of the 3 main political groups that make up her majority in the European Parliament.

The agreements must be honoured, Renew Europe will be particularly vigilant on the respect of these commitments.

"Democracy in the Union is progressing. More than 200 million citizens have voted and the strong participation, especially of young people, proves that Europe is interested and that it is for a very large majority, the best approach to face the challenges of our time. Our resolution respects this mandate and this ambition by calling for the Conference on the Future of Europe to be opened quickly so that we can further improve the citizens' link to the Union and that the debate on transnational lists be opened so that this European election is no longer simply the addition of 27 national ballots, but marks the advent of a true European citizenship. »

AFCO The future of Europe