Storming of the U.S. Capitol a dark day for the United States and a warning for democracies everywhere 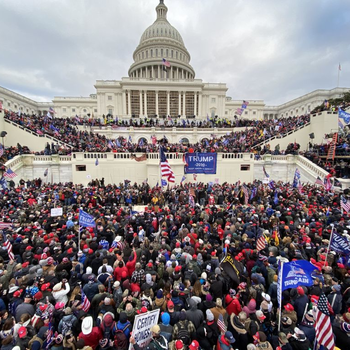 We believe events overnight in Washington were a dark day for the United States and show the fragility of democracy and the dangers of populism, disinformation and extreme polarisation. While extending our hand of friendship to the people of America, we will re-double our efforts to keep the flame of democracy burning at home and abroad. Renew Europe repeats its call for the European Parliament to join President - elect Biden’s proposal for a Global Summit for Democracy. We will support a plenary debate to discuss these developments and the EU’s response to them as a matter of urgency.

‘The outrageous scenes overnight in Washington show the poison of populism and that the divisions and lies sown by President Trump, as well as his followers in the Republican Party and elsewhere have terrible consequences. Nothing could be less American than the attack on democracy we witnessed last night.’

‘The events are a stark reminder that democracy can never be taken for granted. That it is a common, daily fight. The EU stands united in its support to President-Elect Joe Biden and its trust in the US democratic process. We look forward to turning this dark page in history and working together with the new US administration on strengthening liberal democracy both at home and abroad.’