The EU must unite and sanction the oppressors of Alexei Navalny 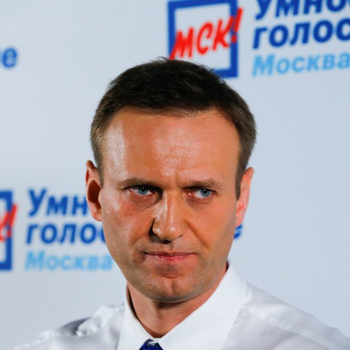 The Renew Europe Group in the European Parliament strongly condemns the detention of Alexei Navalny and his supporters, and the politically motivated repression carried out against them by the Russian authorities and calls for their immediate and unconditional release.

In a resolution today approved by the plenary, the European Parliament condemned the attempt on Alexei Navalny’s life and expressed its utmost concern about the shrinking space for political opposition, dissident voices and civil society in the Russian Federation.

MEPs also denounced the Russian Federation’s repeated use of chemical nerve agents against Russian citizens and calls on the European Council to take an active stance on this matter, including by sanctioning the individuals and legal entities involved in the decision to arrest and imprison Alexei Navalny. Moreover, the EU should impose additional targeted restrictive measures under the EU Global Human Rights Sanctions Regime against all individuals who were involved in or bear responsibility for the attacks against Alexei Navalny.

“On behalf of Renew Europe, I strongly condemn the unlawful arrest of Alexei Navalny by Putin’s regime, one which reminds us of the Stalinist period more and more each day. Navalny’s courage and determination to unmask the vast web of corruption and the incompetence of this regime is inspiring. I call for his immediate release.

It is now time for the European Union to sanction all individuals responsible for the attacks on Alexei Navalny, including through the EU Global Human Rights Sanctions Regime. Moreover, it is also high time to substantiality increase our support to all civil society organizations and activists that fight for a democratic and free Russia.”

“The EU must influence Russia to release Navalny immediately, to stop harassing opposition activists and political opposition, to stop using chemical weapons on its own people and start respecting international law and its obligations taken thereunder. The EU must be united in its approach to Russia, regarding its sanctions policy but also in its other policy spheres like energy policy. The situation where the victim is jailed and those responsible for his poisoning walk free, is not acceptable.”

“This denial of justice is unfortunately not new, but its scope and its incredible awkwardness demonstrate the weakening and fear of this regime. By having the man who came back to defy him imprisoned, Mr Putin has just turned an opponent with bare hands into a national hero engaged in a one-to-one fight against him.”