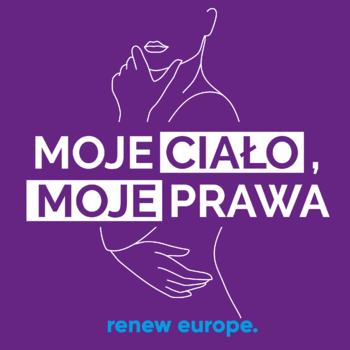 The Polish Constitutional Tribunal - which is under the Polish PiS Government's control - yesterday put into force a ruling that will lead to a near-total ban on abortions, making the country's already limited abortion laws even more restricted. It is yet another example of how human rights and the rule of law are backsliding in Poland.

With the new inhuman rules forbidding abortion in cases of severe foetal impairment, abortions will only be permitted when a mother's life is endangered or in cases of rape and incest.

"I condemn the regressive abortion ban in Poland, which endangers the health and life of Polish women. Women's rights are human rights and all EU countries have a duty to protect these. "

"Today as everyday, Renew Europe stands in solidarity with the women of Poland, who are EU citizens too. We remain deeply concerned with the politicisation of the Polish Constitutional Court and the deterioration of the rule of law in Poland."

"The deplorable verdict by the Polish government is an unacceptable violation of human rights. It is yet another attack on the rule of law and an additional attempt to limit SRHR in Poland putting the health of women and girls at risk. The ruling goes against all values we stand for in the EU.