Ursula von der Leyen’s State of the Union speech: the EU can (and must) vaccinate the globe 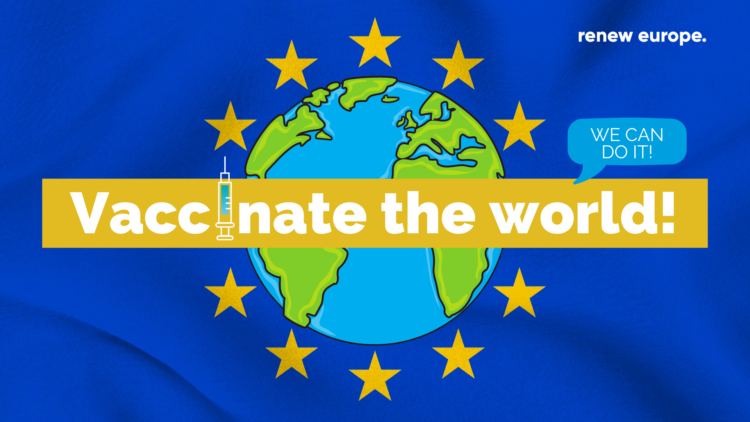 Renew Europe MEPs want Ursula von der Leyen to use her State of the Union speech to announce the EU will “vaccinate the globe”.

Behind that grandiose-sounding headline lies a very tangible budgetary amendment tabled by Renew Europe to the EU budget for 2022, intended to bring the new development and cooperation programme to 4 billion euros this year.

Why 4 billion euros? Because International Monetary Fund experts say this is the sum COVAX* needs to increase vaccine coverage to 30% for low and middle income countries by the end of 2021, and at least 60% in the first half of 2022. The same IMF team found that rich countries could gain around $1 trillion in additional tax revenues with this proposal.

“The moral, economic and geopolitical case for Europe to vaccinate the world is obvious. For relatively little money, the EU can put an end to the global pandemic. If we do not, no one else will. If Ursula Von der Leyen is serious about the “geopolitical Commission” then this is a no brainer,” said MEP Luís Garicano, (Renew Europe, Ciudadanos), the initiator of the amendment.”

The Renew Europe proposal puts some flesh on various calls for action, including ECB President Christine Lagarde who said earlier this week that “if we don’t vaccinate the whole world, it will come back to haunt us and hurt us”.

Dacian Cioloş, President of Renew Europe said : “over 70% of the EU’s adult population is now fully vaccinated, but the picture in other parts of the world is bleak. We can act now to stop a perpetual pandemic. Next door in Africa, less than 3% of the population has received at least one dose. This is worrying. Variants travel. No one is safe until everybody is. Everywhere”.

* The Covax Facility is an international alliance that aims to facilitate the development, manufacture and access of vaccines to all countries, especially the most vulnerable. It is the only global vaccine solidarity tool. As of 7 September 2021, 243 million doses have been distributed in 139 countries.