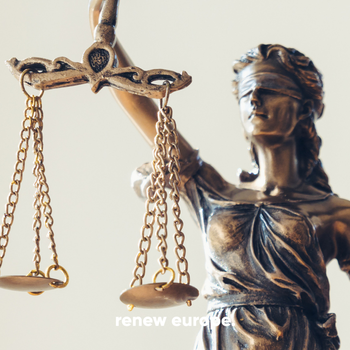 Renew Europe is deeply disturbed to witness how media freedom, a core pillar of democracy, is threatened in Poland. In today's plenary debate in the European Parliament, our group strongly condemns the PiS Government's latest attempt to silence critical voices through the so-called Lex-TVN bill, which can only be described as a frontal attack on media pluralism.

The deterioration of the rule of law and the independence of the judiciary is also under the spotlight in the debate and the European Parliament's resolution on Poland, due to be adopted tomorrow. The Prime Minister's questioning of the primacy of EU law is unacceptable as the union's precedence over national law is not optional; every country which joined the EU signed up to this principle. The independence of European judges is non-negotiable, and all Member States must respect rulings of the European Court of Justice.

"By all standards, democracy and the rule of law are in serious retreat in Poland. It is therefore high time to drop the pretense of a dialogue taking place and turn to concrete action. Most importantly, access to EU funding must be conditional on compliance with common rules and values. The EU cannot sponsor authoritarianism."

Renew Europe is pleased that the European Commission is finally awakening to our repeated calls for action by introducing daily penalties against Poland for ignoring court rulings as well as withholding the Polish Recovery and Resilience Plan. This, however, can only be a first step. The European Commission must trigger the rule of law conditionality mechanism immediately and refrain from approving the Polish Recovery and Resilience Plan until every single judgement of the European Court of Justice is implemented.