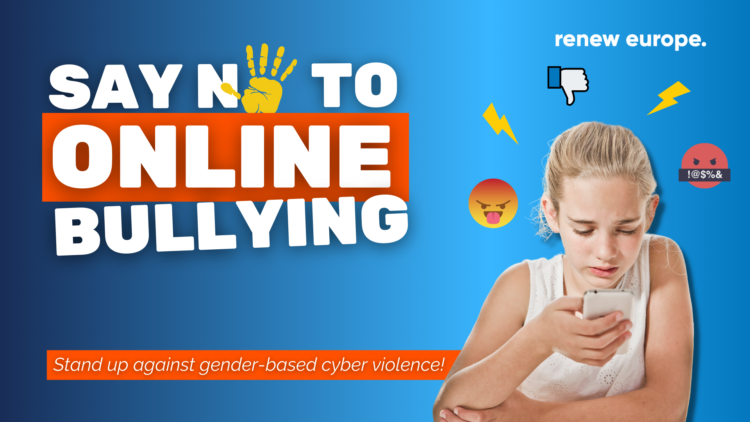 With the rise of new technology and social media platforms, gender-based cyber violence is growing at a constantly increasing speed, with significant impacts on the safety of women and girls. Online harassment, stalking, and other threats have only been exacerbated by the online shift during the pandemic, and the action taken so far has been inadequate.

In a report focused on combatting gender-based cyber violence, today adopted by the European Parliament’s FEMM and LIBE committees, our group calls on the Commission to introduce proper legislation to curb gender-based violence and particularly address the cyber dimension.

”This report is an important step in the right direction: to have European tools to address all forms of violence against women and girls, including gender-based cyber-violence. We have once again clearly called on the European Commission and Member States to include gender-based violence in the list of eurocrimes in Article 83(1) of the Treaty on the Functioning of the European Union in order to have a solid legal basis for an effective and holistic directive to combat all types of violence against women and girls, both online and offline.”

Our group is asking for a Directive that establishes preventive measures to combat the root causes of gender-based cyber violence, with a particular focus on education and awareness-raising, and actions to enhance the protection and support of victims. Along with this, there is a need for measures to increase the reporting as well as proper data collection to understand the breadth of the problem. Further, the report calls for the criminalisation of gender-based cyber violence, including the introduction of minimum rules to ensure prosecution.

”As the world experiences a shift towards digital, we must not allow perpetrators of violence against women and girls to get away by moving their acts online. With this report, we call on the European Commission to strengthen its upcoming legislative proposal on gender-based violence, by expanding it to cover gender-based crimes committed online or with the help of digital tools, and by increasing support to victims and promoting more research on the topic.”