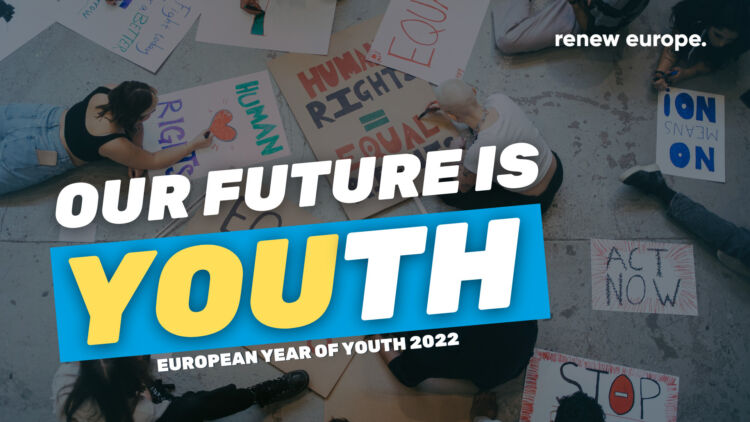 The Renew Europe Group in the European Parliament calls on the European Commission and the Member States to take concrete steps to get young people engaged in the future of Europe. After two years of the COVID19 pandemic, that saw the young particularly affected, it is time for authorities, national and European, to provide them with access to opportunities - from reducing barriers to access to work to the automatic mutual recognition of degrees and qualifications.

We welcome the outcome of the discussions in the Culture and Education Committee, whose members adopted the proposal for a decision of the European Parliament and of the Council on a European Year of Youth 2022 today. We stand by Europe’s young people and we are committed to listening to their voice in all activities and projects organised nationally and at EU level throughout 2022 and beyond. Special attention is given to the Conference on the Future of Europe where they have a pivotal role.

"Young people have put their studies, their first professional experiences, their social life on hold since the start of the pandemic, in solidarity with older people. Young people have paid a high price, and because we owe them a lot, the year 2022 will be the European Year of Youth! "

The European Year of Youth is an initiative to be launched in January 2022 under the French Presidency. It consists of a large array of activities, meant to show support and empowerment to young people at all levels, and especially from vulnerable groups, using the existing European programmes and the green and digital transition.