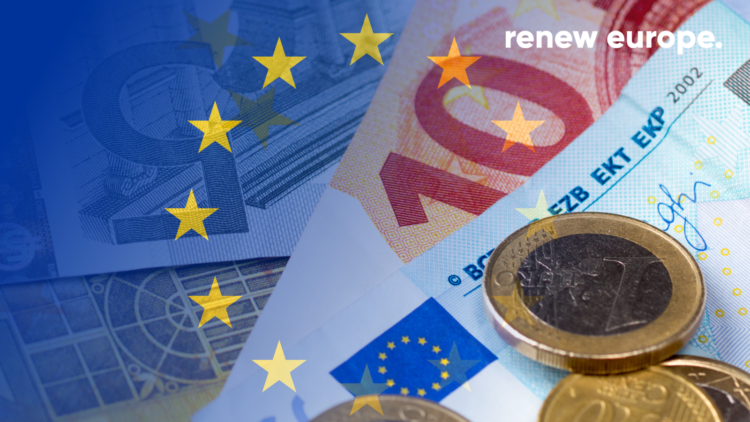 Renew Europe welcomes the Commission’s proposal to add three new sources of revenue for the EU´s coffers. This will allow the EU budget to cover the costs of the EU Recovery Plan, the historic €750 billion package agreed to in July 2020.

Our Group has fought hard to avoid that this repayment leads to cuts in EU programmes or an increase in national contributions. Through the introduction of these three new own resources, the European Union would:

This is a matter of tax and social justice. Those who don’t pay their fair share should help repay our common European debt.

However, Renew Europe regrets that the proposal comes 6 months after the planned date and that, according to the estimates, this first package as it stands does not yet reach €15 billion yet - the average amount needed to repay our common debt between 2028 and 2058

“These new own resources are the result of our intense work and the reimbursement plan we negotiated in 2020. These proposals contradict all the fake news spread by Eurosceptics stating that citizens would pay for the Recovery Plan. We are fighting hard since the beginning in order to avoid that scenario: it is those who don’t pay their fair share until now, including the ‘winners’ of the crisis, that will contribute to the repayment of the plan”.

“Without these new own resources, the only viable alternatives to repay for Europe´s recovery package would be to cut on programs like Erasmus and Horizon Europe, or to ask EU countries to contribute more to the EU budget. Both are equally unsatisfying. That is why Renew Europe pledged that it would fall on big polluters and tech giants to pay for Europe's economic recovery. Today, we are happy to see this commitment being fulfilled”.

Next steps: Renew Europe will now negotiate to put these own resources in place. Valérie Hayer, Parliament´s co-rapporteur on the file, will work towards reaching an agreement as soon as possible. After the ratification of this first package, a second set of new own resources will be proposed by the Commission in 2024.

BUDG ECON The future of Europe